Crime Thrillers for Winter and Christmas by B.P.Walter 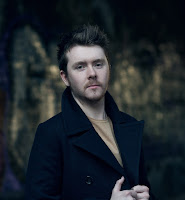 Winter and Christmas has been a time for mysteries and thrillers for many years, with readers seeking warmth from both pulse-racing, tension-driven stories or cosier, more leisurely whodunnits. I’ve always been drawn to crime fiction at this time of year – I think it’s the sense of comfort driven from order being made out of chaos. Pandemics aside, this time of year can be very hectic, thanks to bustling shops and Christmas gatherings, so there’s something intrinsically soothing about finding order and method on the page even if it sometimes alludes us in real life. My novel The Woman on the Pier isn’t detective-focused, but it does feature a central character setting off to solve a particular mystery and make the guilty (or person she perceives to be guilty) face up to their alleged crime. I’ve always found this structure compelling on the page and I hope readers find the book similarly enthralling if they choose to curl up with it by the fire on a cold winter’s night. And on the subject of curling up with a book (perhaps by the Christmas tree with a few mince pies), I’ve brought together below five of my favourite winter-based thrillers, both new and old, that would make for perfect seasonal reading.

Fans of 2019 movie Knives Out should certainly turn to this Christie gem from 1938. That terrifically enjoyable film features a lot of nods to Hercule Poirot’s Christmas, with bickering families, mysterious outsiders, a bloody death of the family patriarch and an ingenious solution. Christie apparently wrote this because her brother-in-law complained that the murders in her books were ‘getting too refined’ and apparently wanted to read a story with ‘a good violent murder with lots of blood’. Well that’s certainly what she delivered here, with the bloody throat-cutting and nightmarish sounds happening at the top of an old manor house. Once you’ve finished the book, 1994 ITV adaptation of the novel starring David Suchet is also definitely worth a watch, especially for the superb casting, helping it skilfully handle certain tricky aspects of the plot that are hard to pull-off well onscreen.

The Dark by Emma Haughton

Now moving to something bang up-to-date, Emma Haughton’s thriller The Dark is one of the most impressive books I’ve read all year. It’s an autumn tradition of mine to take myself off on a reading retreat (not an established one, I just book myself into a hotel and just read book after book after book). When you’re doing really sustained amounts of reading, it’s common to want breaks and do something else for a bit – however this did not occur with this utterly gripping novel of arctic-based murder. Playing out in a confined environment, this is essential reading for those who enjoy Agatha Christie’s more single-setting based novels (And Then There Were None of course comes to mind) and the recent (and similarly enthralling) hit BBC drama Vigil.

This is a novel so covered in a cold, chilly atmosphere (thanks to its superb scene-setting) the pages themselves practically crack with frost as you turn them. Following the investigation that unfolds after a death at a school trip for deaf students, Nell Pattison’s characters are very vividly drawn and the haunting terrain of the snowy woods is eerily evoked.

One of those books you can’t help but fly through, Allie Reynold’s debut thriller Shiver is an excellent whodunnit that at times borders on suspense-horror. Like The Dark, it’s also a well-pitched examination of what happens when you group people together for a tense period in an extreme situation, with the secrets in their past steadily coming to the surface.

The Lighthouse by P.D. James

This is the only of my five not specifically set in winter, but it still makes of absorbing reading on dark, chilly evenings. I think I also have a lot of associations with this book and Christmas, since it was the first of P.D. James’s novels I read, back when I was 13 years old and suffering from flu in December. It was the perfect medicine: James’s mysteries are so well-thought-through, and this one takes place within the confines of a wonderfully atmospheric location: a restful retreat for the rich on an island just off the Cornish coast. Expect brutal killings, pleasingly methodical crime-solving and a very tense final act.

Two strangers meet on the pier Only one walks away... Screenwriter Caroline Byrne is desperate to know why her daughter Jessica died, murdered in Stratford when she was supposed to be at a friend's in Somerset. When Caroline discovers the messages Jessica had been sending a boy named Michael, she realises it's because of him. Because he failed to meet her that day. He's the reason why her daughter is dead. And so she makes a choice. He's the one who's going to pay. That is her promise. Her price.