Women who fall for bad men. 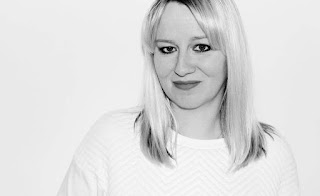 Women who fall for bad men—Lisa Gray on the inspiration behind Lonely Hearts.

We all know about the allure of the bad boy.

From Gone With The Wind’s Rhett Butler to the original Rebel Without a Cause, James Dean, there’s nothing quite like a leather jacket and tattoos and a fast car and a bad attitude to get pulses racing and hearts pounding.

The kind of man you definitely wouldn’t want to take home to meet your mum.

Honestly? I can see the attraction. The first time I watched the movie Bridget Jones’s Diary, I definitely fancied the selfish, egotistical, two-timing Daniel Cleaver much more than nice guy Mark Darcy. Why? Because Darcy was a little too dull and safe, whereas bad boy Cleaver was sexy and fun and unpredictable.

But what happens when a fondness for bad men is about more than just a snarl and a string of rejected lovers? When the biggest turn on is someone who breaks the law, rather than just breaking hearts?

Hybristophilia is an attraction to those who commit crimes and is sometimes known as “Bonnie and Clyde syndrome.”

When Jeremy Meeks was arrested in 2014, his mugshot went viral. Dubbed ‘The World’s Hottest Felon’, women (and men) went crazy for his razor sharp cheekbones and full lips and bright blue eyes. A one-time gang member, Meeks has since carved out a successful career as a model following his release from prison and has 1.6million followers on Instagram.

But, for some women, the fascination with those who commit crimes goes way beyond simply liking and sharing pics on social media.

Many high-profile criminals are sent fan mail while in jail in the same way Brad Pitt or Ryan Gosling receive letters from adoring fans. But these are men who are famous for being rapists and murderers, rather than making movies. Some form relationships with the women who write to them and some even marry their pen pals.

Richard Ramirez—aka ‘The Night Stalker’—was a serial killer and rapist who was sentenced to death after murdering 13 people. Doreen Lioy began writing to him shortly after his incarceration and they were married in 1996 at San Quentin.

‘The Hillside Strangler’, who terrorized Los Angeles in the late ‘70s, actually turned out to be two people—cousins Kenneth Bianchi and Angelo Buono. Bianchi went on to marry his pen pal Shirlee Joyce Book, while Bianchi got hitched to Christine Kizuka.

Book also reportedly tried her luck with Ted Bundy before tying the knot with Bianchi.

Bundy was another serial killer who wasn’t short of female attention or offers, despite later confessing to 30 homicides. He married Carole Ann Boon in a courtroom during the penalty phase of his trial in Florida.

It’s this phenomenon that I wanted to explore in my latest novel, Lonely Hearts—including the ‘why?’

Is it lack of self-esteem or a desire to be famous themselves that attracts women to men who are responsible for committing despicable acts? Do they actually feel ‘safer’ being in a relationship with a man who’s behind bars who can’t physically hurt them? Does the letter-writing and photo-swapping and restricted visitation all add to the fantasy and prevent the mundanity of everyday life creeping in?

Lonely Hearts is centered around two women who both have a relationship with a famous, handsome, charismatic serial killer by the name of Travis Dean Ford. They both met him through ‘The Lonely Hearts Club,’ a pen pal service for women who want to write to men in prison. Veronica Lowe had a child with Ford and then disappeared. Jordana Ford married him before his execution and went on to become a well-known author and activist.

At the beginning of the book, Jordana is murdered in a similar way to Ford’s victims, and private investigator Jessica Shaw is hired to find the missing Veronica and her now-teenage daughter before they suffer the same fate.

It was only while watching a documentary about Bundy that I discovered he, too, fathered a child while in prison. I was intrigued by Rose Bundy. Where is she now? Does she know the truth about her father? What is known about her? The answer is very little.

In Lonely Hearts, the same questions are being asked about Mia Ford, the daughter of Veronica and Travis. In a strange twist of fate, the woman searching for Mia and her mother—Jessica Shaw—is the daughter of a murder victim and was once also a missing person herself.

A missing persons case should be pretty straightforward for private investigator Jessica Shaw. After all, it’s what she does best. But this latest case proves to be anything but straightforward. Christine Ryan is desperate to find her childhood friend Veronica Lowe. Veronica disappeared more than fifteen years ago, not long after having a child with a Death Row inmate, notorious serial killer Travis Dean Ford. When Ford’s widow, Jordana, is murdered in the same way as his victims, Christine fears Veronica and her daughter will be next. If they’re even still alive… Discovering that both Veronica and Jordana were members of the Lonely Hearts Club, a pen pal service for women who want to write to men in prison, Jessica realizes she needs to find Veronica before the killer does. But as Jessica follows the leads it begins to feel like someone is following her. Travis has been dead for years, so who is hunting the Lonely Hearts?