Books to Look Forward to From Pushkin Press 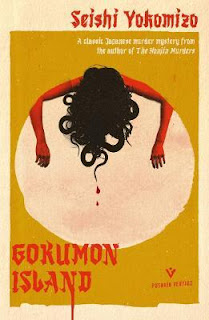 Detective Kosuke Kindaichi arrives on the remote Gokumon Island bearing tragic news–the son of one of the island’s most important families has died, on a troop transport ship bringing him back home after the Second World War. But Kindaichi has not come merely as a messenger–with his last words, the dying man warned that his three step-sisters’ lives would now be in danger. The scruffy detective is determined to get to the bottom of this mysterious prophesy, and to protect the three women if he can. As Kindaichi attempts to unravel the island’s secrets, a series of gruesome murders begins. He investigates, but soon finds himself in mortal danger from both the unknown killer and the clannish locals, who resent this outsider meddling in their affairs. Gokumon Island is by Seishi Yokomizo. 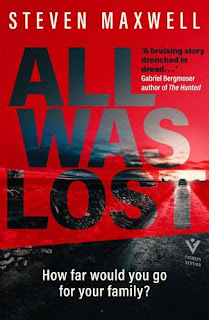 All Was Lost is by Steven Maxwell. The cash is gone. The hunt is on. How far would you go for your family? Orla McCabe has found a case of money. Willing to do almost anything to give her family a better life, she flees with her husband and baby daughter - and the money. Meanwhile, detectives Lynch and Carlin are investigating a botched human trafficking deal on the isolated northern moors. They find piles of bullet-riddled bodies, but no cash. The owners of the money are on the hunt, and soon a world of brutal violence envelops Orla and the detectives. To secure her daughter's future, Orla will never stop running. It's just a matter of who she drags into the dark with her. . . 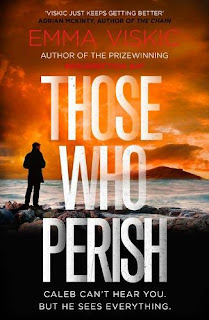 Caleb's addict brother, Anton, has been missing for months, still angry about Caleb's part in his downfall. After almost giving up hope of finding him, Caleb receives an anonymous message alerting him to Ant's whereabouts and warning him that Ant is in danger. A man has been shot and Ant might be next. Caleb reluctantly leaves his pregnant wife's side and tracks his brother to an isolated island where Ant has been seeking treatment. There, he finds a secretive community under threat from a sniper, and a cult-like doctor with a troubling background. Caleb must hunt for the sniper to save Ant, but any misstep may ruin their faltering reconciliation, and end in death. When body parts begin to wash up on shore, it looks like the sniper is growing more desperate... Those who Perish is by Emma Viskic.

London in Black is by Jack Lutz. London 2027, terrorists deploy a highy sophistcated nerve agent called London Black at Waterloo station – for an unfortunate section of the population, what follows is agonising physical deterioration and usually death. London 2029, Dr Lucy Stone is called to investigate the gruesome murder of the scientist who developed an antidote to the nerve agent. It is a daily boost making life bearable for the 'Vulnerable' – but isn't a cure. Lucy suspects the scientist might have been working on a permanently end the bane of London Black for herself and the other Vulnerables. But is the antitdote real or a figment of Lucy's desperation.