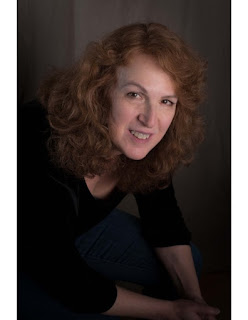 Nobody in our high school was completely surprised when Joel Rifkin turned out to be a serial killer.

Were we shocked? Sure. The quiet kind of nebbishy guy who took photos for our high school newspaper and yearbook, Joel never seemed like a threat. Was he awkward? Antisocial? Yeah, sure. But this was high school, when the best of us were only fronting. And those of us who spent our after-class hours on the Jet Gazette? Well, we were far from the coolest kids by any count.

But were we surprised? Well, not really. Even discounting the bullying, which the press made so much of, we kind of knew something was wrong. There was a reason none of us wanted to get too close to Joel. Maybe we could sense the rage behind those thick glasses. Certainly, to the 17 young women he killed – sex workers who had fewer options when it came to avoiding intimacy – he was a monster.

My particular monster had a different face. A college classmate at an elite school, he was supposed to be a comrade. A colleague, if not a friend. At least that’s what I thought when he showed up at my door one night, maybe a month after we’d all moved in freshman year. He must’ve heard that I’ve been fighting with my boyfriend. I suspect the whole dorm heard us yelling, especially when R. stormed off and left me sobbing. And here he was with a pitcher of bullfrogs, a sweet lime drink offered in a spirit of camaraderie. Along with, that is, a shoulder to cry on until it turned into something more. An arm around my middle, pulling at me. Hands on my upper arms, holding me down.

For years I struggled with that disconnect. I was young. I had been stupid. Perhaps he had misread my signals. Maybe I had given some kind of consent, after all. Something that sounded like “yes” to a young man who might have been as drunk as I was, or so I told myself. But as I dealt with the aftermath – the unwanted pregnancy and its termination – I also had to acknowledge that there had been no further contact, no remorse and none of the awkward social outreach that one would expect from a comrade, a neighbour, and a classmate.

Ultimately it was a letter from his roommate decades later that allowed me to see everything clearly. Ostensibly reaching out with an offer to answer any questions – once again, that shoulder to cry on – he was clearly seeking absolution. That I wasn’t ready to give, but I did take advantage of the offer and fired off questions. What I learned confirmed what I had come to suspect. No, I was not the only woman his roommate had targeted. In fact, he kept a bottle of over-proof rum purely to prey on vulnerable women. No, they hadn’t stayed in touch. Despite his complicity all those years before, my new correspondent claimed to actively dislike his roommate – and what he did. Would he call it rape?

That’s where he drew the line. Instead, he talked about how his roommate would use alcohol to “try to have sex with women.” He was reaching out, he said, in the hope that I would be able to “let bygones be bygones.”

Was I shocked? Not really. I’ve lost that capacity, I think, at least in terms of certain forms of duplicity. More to the point, I realised then how far I had already moved on.

These days, I write crime fiction. It’s gratifying to set the world right, to see justice done. More important, with psychological suspense I can work through the impact of trauma and survival to allow my characters to achieve a full understanding of what happened and why. But even at my darkest, my books don’t deal with serial killers. What I write are the monsters I want to understand. The ones who live among us, with their smiling faces and social graces. The ones who know how to destroy us from the inside. 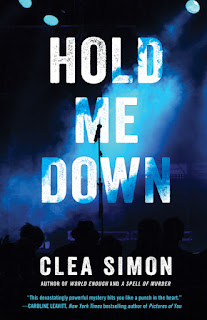 Hold Me Down by Clea Simon (Polis Books) out now

This riveting work of dark suspense from acclaimed author Clea Simon opens with Gal, a rock star for a hot minute twenty years earlier, back in Boston to play a memorial for her late drummer/best friend when she finds herself freezing on stage at the sight of a face in the crowd. The next day, the middle-aged musician learns that the man she saw has been killed – beaten to death behind the venue – and her friend’s widower charged in connection with his death. When the friend refuses to defend himself, Gal wonders why and, as the memories begin to flood back, she starts her own informal investigation. As she does so, she must reexamine her own wild life, her perception of the past, and an industry that monetizes dysfunction in a dark tale of love, music, and murder.

thanks for posting this, Ayo. - Clea