Getting to Know Professional Assassins by Matthew Quirk 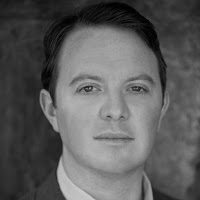 Sometimes a premise for a book will come to you almost fully-formed. An unforgettable character or vision of an opening scene conjures up a whole plot. I was lucky to have that experience with my latest book, Hour of the Assassin. I do a lot of research for the novels (I used to be a reporter and it’s a great way to procrastinate) and in my digging I came across this startling fact: the government employs experts to pose as assassins in order to test the security around high-ranking government officials. Well, I thought, there’s a book—an opening, a character, a world, and most of a plot.

I learned about these mock assassins while doing homework for an earlier novel. A typical workday writing thrillers involves tackling, in fiction, some of the hairiest scenarios you can imagine (all while safely planted in an office chair with a cup of coffee, of course). The challenge that morning was to find a way to break into the Department of Justice. Instead of recycling the usual canards (air ducts, sneaking off a tour), I dove into research and eventually found the answers in a GAO report about federal security. The government accountability office, formerly the general accounting office, sounds like one of the most boring agencies in DC, but it’s actually a fascinating outfit and its reports are gold to reporters because it essentially investigates the government from the inside. I didn’t realize, though, it had assassins.

The GAO asked a group of auditors to sneak bombs made from real explosives (though the mixture was weak enough that it wouldn’t detonate) into federal buildings and government agencies with the goal of planting the devices close enough to the executive suites to (hypothetically) kill the leaders. They succeeded almost every time, if I recall correctly, and best of all, they documented how they did it (replica police badges were a key element). All of those reports were, as you might expect, taken offline after the September 11th attacks. Wearing a police uniform to sneak into a secure building could be a bit clichéd, but the real-life exercise provided a host of details that made the scene fresh and authentic.

I filed those strange characters away and later, through research for another book, actually got to know a few. Assassins and master criminals don’t generally sit for interviews and share their secrets, but the security pros who pose as bad guys do. They’re called red teamers, or penetration testers, and they are a perfect solution for getting realistic info on how to do nefarious things and avoid recycling tired movie tropes. After working with a few to research break-ins and safe-cracking and lockpicking, one suggested I go do an in-person course where I would learn more of the tricks of their trade and put them into practice. It was an “urban escape and evasion” training, where the skills were put to test in a field exercise on the final day. I was mock-kidnapped, hooded, bound, and thrown into the back of a van. Then I had to escape and evade trained trackers across Los Angeles without money or a phone. If they caught me, they would handcuff me to the nearest fixed object and let me improvise a way out. That’s the downside to being the research guy. When someone suggests getting kidnapped, you have to say sure, sign me up. It was a nerve-wracking blast.

Those red teamers have been invaluable not just for the technical details in the books, but also the realism and character work that made Hour of the Assassin such a fascinating project. I upped the drama a bit from the bomb-planting scenario. The novel begins with a quiet scene of our hero, an ex-Secret Service agent turned red teamer, stalking a former CIA director through his mansion, going through the motions of a face-to-face assassination. I asked myself what happens when someone, to defend against a threat, must put himself in the mind of the enemies he’s spent his life facing down? What happens when to all the world it seems he has become a true killer? What happens when a mock assassination suddenly becomes real? Sounds like the beginning of a good story, a man on the run thriller, one that leaped to my mind the moment I came across this strange profession.

His job is to protect them. As a secret service agent, Nick Averose spent a decade guarding the most powerful people in the US. Now, he's a mock killer, testing the security around the highest officials to find vulnerabilities, before America's enemies can. But now someone's out to get him. Nick's latest assignment leads him to the home of a former CIA director. But when he breaches the director's study, Nick is entangled in a vicious crime. One that will shake Washington to its foundations. He's the perfect scapegoat. Nick needs to find out who is framing him for the crime and why. If he can't uncover the truth, a dark conspiracy will consume him and everyone else within the Oval Office...