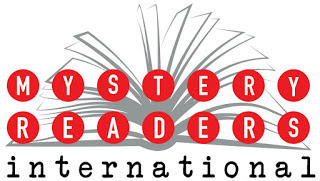 The Macavity Award Nominees 2021 (for works published in 2020) have been announced.

The Macavity Awards are nominated by members of Mystery Readers International, subscribers to Mystery Readers Journal, and friends of MRI. The winners will be announced at opening ceremonies at the Bouchercon in New Orleans.

Before She Was Helen, by Caroline B. Cooney (Poisoned Pen Press)

All the Devils Are Here, by Louise Penny (Minotaur)

When She Was Good, by Michael Robotham (Scribner)

Sometimes You Have to Lie: The Life and Times of Louise Fitzhugh, Renegade Author of Harriet the Spy, by Leslie Brody (Seal Press)

Howdunit: A Masterclass in Crime Writing by Members of the Detection Club, edited by Martin Edwards (HarperCollins)

Ian Rankin: A Companion to the Mystery Fiction by Erin E. MacDonald (McFarland)

The Cabinets of Barnaby Mayne by Elsa Hart (Minotaur)