John Dryden on Passenger List - From Podcast to Novel 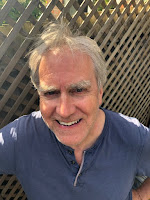 It all started with a missing plane…

The search for Malaysia Airlines Flight 370 was most expensive search operation in aviation history. It had been a regular scheduled international passenger flight that took off from Kuala Lumpur International Airport to its planned destination, Beijing on the evening of 8th March 2014. Everything seemed normal. The crew communicated with air traffic control around thirty eight minutes after take-off when the flight was over the South China Sea. And then it just disappeared from the radar screens. Later military radars revealed that the plane had deviated westwards from its planned flight path towards the vast India Ocean. Over the coming weeks there were new theories every day about what might have happened and who was responsible. Was it the pilot, who had recently gone through a religious conversion? Was it the two passengers travelling with fake passports? Had the plane been hijacked and diverted? Were the passengers being kept hostage in a hanger somewhere? It was a global mystery.

What impacted me most was the relatives of the passengers, the pain they were having to endure in the gaze of the media. Imagine being told you had lost a precious child or partner or parent without any further information or knowledge of how or why, of what had happened. The pain was etched into their faces as they turned up to the many briefing and press conferences and as they gradually lost confidence in the official investigation. Without facts, whilst the fate of the plane was still a mystery, they had one thing they could cling on to; hope. Hope that their loved-ones may still be alive out there somewhere.

Air travel has always fascinated me. As a child I was a regular “unaccompanied minor” flying from the Middle East where my parents worked, to school in England. I used to dread arriving at Heathrow where my aunt would meet me and dutifully deliver me to a small boarding school in Eastbourne. It all seemed so dreary to my eight-year-old self. On the flight I’d looked down at the vast empty desert and pray that the flight would have to make a crash landing and that I’d join a tribe of Bedouins and go on a great adventure. It never happened and thankfully I’ve never been involved in an air crash. They are incredibly rare. Maybe that’s why they are so fascinating. Cock-pit recordings of doomed flights are striking by the lack of panic. Flight crews always sound so calm and professional, doing what they’ve been trained to do, or maybe they are clinging to the one thing left to cling to; hope that they will make it out alive.

A career in writing stories and scripts and producing audio dramas followed, and after the disappearance of MA 370 I became quite obsessed with plane disappearances of which there are a few – flights that have simply disappeared with no conclusive answers as to where, how or why.

So to my podcast series Passenger List, which is now a novel… It’s a mystery thriller about a plane, Atlantic Flight 702 that goes missing between London and New York. Six months after the disappearance, Kaitlin Le, a college student whose twin brother Conor was one of the passengers, goes on her on a quest to discover the truth. She has long lost faith in the official investigation which has concluded that a bird-strike caused the plane to crash in one of the deepest parts of the Atlantic, and against the wishes of her parents, puts her degree course on hold to obsessively pursue her own personal investigation. She makes contact with other relatives of the passengers on board and becomes increasingly convinced that there are darker forces trying to conceal the truth. It’s a very human story of grief and coming to terms with the sudden loss of a loved one, but it’s also a deep mystery, circling in on itself as the truth becomes harder and harder for Kaitlin to find.

The idea of making a fiction podcast using just “found sound” was immensely appealing. The whole story was constructed from tapped phone calls, cock-pit recordings, FBI interrogations and, of course, Kaitlin’s personal recordings – she meticulously records everything she does and every encounter in the hope of going over it again and again and finding some nugget of information that may lead her to the truth. I saw it as a story about a fruitless quest for answers where, in the end there are none. But I found myself also going down the same rabbit hole as Kaitlin, and the further I went the more real the world of the story became and I didn’t want to let go until I had all the answers. This wasn’t something just I experienced but, to my surprise, the podcast gave birth to a global community of amateur investigators picking through every clue and piece of evidence in the podcast, as if the story were real.

Working on the novel helped me complete the journey. Having only “found sound” in the audio series was compelling but it was also limiting. It meant there was could be no “interior” Kaitlin. In the novel, I could let the reader experience the very personal journey she goes on. The one thing that keeps Kaitlin going is hope; hope that, despite all the odds, her investigation might lead her to finding not just the truth about what happened to Flight 702, but finding her brother alive.

Passenger List by John Dryden (Published by Orion) Out Now

A missing plane. A cabin full of suspects. One woman's quest for the truth. When Atlantic Airlines Flight 702 disappears mid-flight between London and New York, the world is stunned. With the public clamouring for answers, authorities seem at a loss as to how to explain the plane's disappearance. There were 256 passengers on Flight 702, with many carrying dark secrets on board with them. Could one of them hold the truth behind the plane's disappearance? College student Kaitlin Le's beloved twin brother Conor was on that plane. She refuses to believe the official statements, or to join her parents in their blind acceptance of Conor's death. But as she journeys deeper into the murky heart of what really happened on board that plane, it becomes clear she's drawing attention to herself. And there are some people who would rather the truth behind the fate of Flight 702 stayed buried...