Katie Lowe - Down The Rabbit Hole—True Crime, Social Media, and the Problem of Doubt 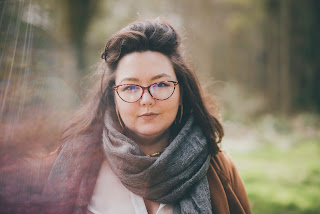 Imagine a true crime podcast on its fourth season—a worldwide phenomenon, the kind that it feels like everyone’s talking about, each time a new episode airs. Imagine a charismatic host, and a gripping murder mystery at its heart; a conviction that seems wrong even at the most basic level—and a clear “bad guy,” an obvious alternative suspect: in this case, the wife of the deceased, the only person known to be at the scene of the crime.

When the episode ends, you’re compelled to visit the hashtag—maybe you don’t seek it out; maybe it’s trending. And maybe, just maybe, you put in your two cents: your thoughts on the interplay of characters involved in the story, the whodunnit at the heart of the case.

It’s the sort of thing we all do without thinking. Many of us have at least one social media platform that we prefer. In my case, that’s always been Twitter. I love the quickness of it, the back-and-forth, the bark and bite—and I love that it always gives me something new. That fizz and spark in my brain when I get a new notification, or the little bar tells me there are new tweets to view? I just can’t get enough.

Same with true crime: I’ve listened to (or watched) every last one of the big-name investigative series that come to mind, when you think of the genre. I find them addictive, in just the same way as the very best thrillers—because, let’s face it, they’re crafted along the same lines. I need to know what happens. No matter how awful the crime, I can’t look away.

Still, these twin passions of mine have long given me an itch of… Call it doubt, call it guilt—call it whatever you want. It was simply a niggling feeling that there had to be people at the heart of these stories who didn’t ask for the intrusion; who didn’t want to be involved.

Of course, I’m a novelist. It’s part of the job description to metabolise things you feel uneasy, or ambivalent, or just plain weird about, and turn them into stories. So let’s go back to that podcast—the one everyone’s talking, and tweeting, about.

Imagine you’re one of the people at the heart of it. You’re the wife—the “bad guy,” the woman at the scene of the crime, whose fingerprints were found on the knife. The murder of your husband, ten years earlier, is something you’ve tried desperately to move on from—building a new life, with your daughter, and a man that you love—until the podcast brings it back, the whole world watching on.

When you’re dragged into a narrative you never wanted to be a part of, and the whole world—or so it seems—is convinced of your guilt… What effect does that have? How would that feel? What would you do?

This is the question at the heart of my new book, The Murder of Graham Catton. I wanted to know what it would feel like to be at the centre of the storm—and as I was writing, I wasn’t sure which way I’d end up going. Maybe I’d be for the storm—a force for good, for finding out the truth, for uncovering secrets that shouldn’t be kept. Or maybe I’d be against it—an intrusive pile-on, a kind of cruelty, a very modern public shaming.

In the end, I’m not sure I ever quite made up my mind. Hannah Catton was one of the hardest characters I’ve ever tried to write—because she’s secretive, and stubborn, and frustrating. The same goes for the podcaster, Anna Byers—believing in the value of the truth above all things, the same stubbornness all the way through to her bones. And the chorus of voices that chime in, from social media, confident in Hannah’s guilt? I’ve sat among them—convinced that I know it all; that I’m indisputably right.

That I wasn’t sure who was the villain of my story, I think, made The Murder of Graham Catton a better book—because I had to write my way through, feeling something like empathy for everyone involved. I had to figure it out as I went along—caught up in the podcast’s narrative, the feelings of “the wife,” and the crowd watching on.

And who was the villain, in the end? And who really did kill Graham Catton?

You’ll just have to read it and find out.

The Murder of Graham Catton by Katie Lowe (HarperCollins Publishing) Out 10 June 2021.

It's time to hear the truth... Ten years ago, Hannah Catton's husband was brutally murdered in their home. The murderer was convicted. The case was closed. But now a podcast called Conviction is investigating this horrific crime - and they have Hannah in their sights. Someone knows more than they're letting on, and listeners are about to become judge, jury and executioner as they undercover the truth about the murder of Graham Catton.

More information about Katie Lowe can be found on her website.