The Importance of Place by Torquil MacLeod 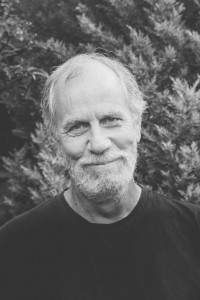 To the Romans, the spirit of place was so important that it was revered as a deity – the Genius Loci. In contemporary use, it refers to the distinctive atmosphere of a particular location. In fictional literature, it often takes on its own persona, as it becomes as vital to the story as any of the characters. Many well-known authors have their own distinctive genius loci: Barchester for Trollope, Middle Earth for Tolkein, London for Conan Doyle. Some create their own world; others use the world we know.

In my Malmö Mysteries, I opted for the world we know. Malmö, in the Skåne region of the south of Sweden, is a city I have come to know and love. I first made its acquaintance just before Christmas in 2000 when I went to visit my elder son. It was not the most propitious introduction to a country that was to play such an important part in my life. After a storm-tossed ferry crossing from Newcastle to Gothenburg, my wife and I took a cold, very slow train down the coast and ended up, at midnight, in a desolate, draughty Malmö Central Station. It was like a scene out of The Third Man. Our son then drove us to the small coastal town of Simrishamn. We eventually crawled into bed in the early hours, wondering if our previously exotic perception of Sweden had been wrong.

The next morning, we awoke to a magical place. Crisp and frosty. Beautiful countryside dotted with apple orchards; atmospheric, single-story, stone farmhouses; long sandy beaches. We had a fantastic welcome, and our love affair with Sweden began. So did the ideas for stories. We befriended a real-life Swedish detective, and Anita Sundström, or someone very like her, began to take shape. At first, I had film scripts in mind. We started to visit Malmö on a regular basis. It’s a wonderfully cosmopolitan city, becoming particularly so after the opening of the Öresund Bridge in 2000, connecting it to Copenhagen across the Sound (many of you will know it well from the Swedish/Danish television thriller, The Bridge). Our son then moved to the city, so our trips always included many hours wandering around and taking in its sights and sounds. When I turned one of the film treatments into a book, Malmö was a natural place to set it.

Now Malmö is a central character in the stories. Like many places in Sweden, it is at its best in the summer: the many parks are in bloom, the cafés and restaurants move outside, and the streets bustle with life. During Malmö Festivalen in August, the place vibrates with music, art and theatre from diverse cultures, all performed or exhibited outside in the streets or in marquees – and all free! The food is great, too.

Anita’s apartment is situated near one of the parks; the main one – Pildammsparken. Whenever possible, I try to use real locations. In some ways this is easier than creating my own imaginary locations. However, it does have its challenges. You have to go there, be there, and keep up with the ever-evolving genius. In the last twenty years, parts of the city centre have changed beyond recognition. The draughty station of my first visit has now been transformed into a modern, airport-style concourse; and the trains from Copenhagen, which used to wind around the suburbs, have been redirected underground through two new, architecturally eye-catching stations. And the view from the university of the Turning Torso, Malmö’s iconic twisting skyscraper, as described in Menace in Malmö, no longer exists, blocked by yet another wave of construction. Some authors manage to write about places they have never or rarely visited. The aforementioned Conan Doyle didn’t know London well and used street atlases and the London Post Office Directory to move Sherlock Holmes around the capital. He made all sorts of mistakes. And HRH Keating didn’t visit India until ten years after he started writing his Bombay-based, Inspector Ghote novels. Of course, nowadays Google Earth makes the whole process so much simpler. I have to confess, I’ve resorted to it myself during the Covid pandemic, as plans for our next Swedish visit have had to be put on hold several times.

Of course, Anita doesn’t stay in Malmö all the time. Her investigations often take her into the Scanian countryside, and even further afield. The tendency of some writers and filmmakers to portray the Swedish landscape as permanently gloomy, snowbound and unforgiving is vexing and, as far as Skåne is concerned, inaccurate. Southern Sweden doesn’t get the harsh winters often experienced by the rest of the country. So the compulsion that every Swedish drama should be situated with a dark and brooding backdrop is spurious and misleading (the monochrome scenery in the British Wallander adaptations springs to mind). On a similar theme, the producers of The Bridge, to a certain extent damaged Malmö’s image by purposefully not showing any of the city’s best buildings and most distinctive areas pre-1940.

Another important factor with regard to visiting the locations where I want to set scenes is that the places actually help stimulate ideas and motivate the thought process; even create characters I hadn’t thought about. Or they send the story off in a different direction. So, as my eighth Malmö Mystery novel makes an appearance and I plan the next, I’m flexible enough to acknowledge that my next visit to southern Sweden may well turn an existing idea on its head. But that’s all part of the fun of writing crime fiction! 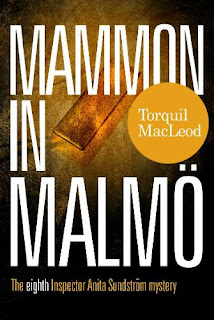 With a new Skane County Police commissioner wanting to make his mark in Malmoe, the Criminal Investigation Squad is under pressure when they are called in to solve the killing of a private investigator. The nature of the victim's work throws up some obvious suspects, yet not all is what it seems. When another murder takes place, there seems to be a politically sensitive connection. Anita Sundstroem, out of the force for a year after her resignation, is approached by a dying woman to track down a collection of paintings stolen from her family. The paintings were looted by the Nazis in Budapest in 1944. But needing the money, Anita takes on this seemingly impossible task. As she heads off to Hungary, she has no idea of the dangers ahead.