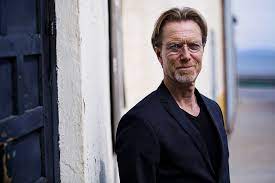 Honestly: sometimes I convince myself that Detective Superintendent Ewert Grens is real. And has been for two decades now. Until that long and wide and heavy and fast bus that I’ve been too busy daydreaming to notice hits the brakes and I, blushing and apologizing, return to reality.

Grens was never supposed to be a main character – but since this disturbing and sometimes lovable man keeps coming back, stubbornly, drinking all that cop coffee in the dusty corridors of the police station in Kronoberg, sleeping most nights on a brown corduroy sofa in his office, stripes long since worn away, he of course lives and stays in the centre of my books. Initially I built him around my memories of my own father – restless, but a doer, hard to get close to but still a bit charming, and living in a world where everything painted in black slowly gets brighter, lighter, when listening to songs from days when life was longer, dancing by himself by the light of the ugly and much too strong office lamp, as my father did.

Piet Hoffmann, the unwilling infiltrator and other main character, is of course my alter ego: tall, handsome, smart, strong, adventurous. But at the same time, Ewert Grens is also my alter ego: not so tall, not so handsome, not so smart, not so strong, not so adventurous. I know them both, need them both, as my stories need them, and once Roslund & Hellström's stories needed them both.

Writing about my beloved Ewert Grens I felt something was missing: a tool that would let me tell stories about worlds this Detective Superintendent couldn’t reach in any natural or credible way (though of course still fictitiously – no matter how alive he feels to me). I sketched out a character, inspired by of a couple of my good criminal and ex-criminal friends and gave him the working name of ’Hoffmann.’ Hoffman is also struggling with two lives, a character who was able to inhabit the widened scope of action that Ewert Grens never could. Hoffmann became Piet Hoffmann, and was soon joined by his wife Zofia and his children Hugo, Rasmus and Luiza, a fictional family of four members. Piet is caught between two worlds he longs for – the safe or the thrilling, the violent or the loving – and in his heart he knows these are impossible to combine. The fact that he can't escape any of them makes this a complex and likable character that I would love to have as a friend and hate to have to depend on. 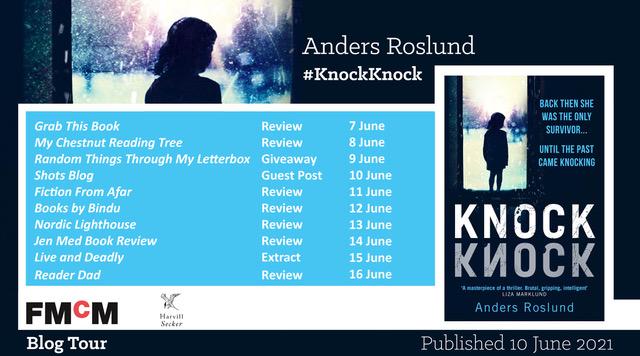 Set over three explosive days, this is compulsive, heart-pounding storytelling that will keep you on the edge of your seat. He thought she was safe. Then the past came knocking. Seventeen years ago, Inspector Ewert Grens was called to the scene of a brutal crime. A family had been murdered, with only their five-year-old daughter left behind. The girl was moved out and placed under witness protection, but while the case went cold, Grens is still haunted by the memory. When he learns that the apartment where the crime took place is now the scene of a mysterious break-in, Grens fears that someone is intent on silencing the only witness. He must race to find her...before they do.

More information about Anders Roslund can be found on his website.