Dana Perry on Writing The "Ripped from the Headlines" Thriller. 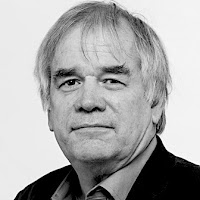 Many mystery/thriller authors like to talk about how their books are “ripped from the headlines” - inspired by real life news events in the media.

Well, I’m one of those authors.

I think I’m pretty well-suited to do this “ripped from the headlines” thing too because I’ve had two careers.

For a long time, I was a journalist - working as an editor at the New York Post, New York Daily News, Star magazine and NBC News. I covered a lot of big crime stories over the years. Son of Sam. O.J. Jon Benet Ramsey. Casey Anthony. Jodi Arias. And even the murder of John Lennon.

So when it comes time to write a fictional story for my career now – which is writing thrillers - I have a wealth of real-life material to draw on for inspiration.

My new book Her Ocean Grave for instance, is about a missing teenaged girl on the resort island of Martha’s Vineyard - and a woman detective who becomes convinced the girl’s disappearance is part of a larger conspiracy of teenaged sex scandals and murder by wealthy and powerful men on the island. The headline this was “ripped from” was the sensational Jeffrey Epstein case when he lured hundreds of teenaged girls to his homes - in New York City, Florida and the Caribbean - for sex. I decided to write a story about something like that happening in a quiet, peaceful place like Martha’s Vineyard.

My first Dana Perry novel, The Silent Victim, came from covering a lot of high-profile New York City violent crime cases against women - and writing a fictional story from the perspective of a victim who goes on to fight crime herself. The second Dana Perry book, The Golden Girl, about the shooting death of a woman police officer, was inspired by stories I covered over the years of real women on the NYPD police force.

Many other authors do it too.

One of the most famous was Joyce Maynard’s To Die For, inspired by the real-life Pamela Smart murder case in New Hampshire where a woman was convicted for hiring young boys to kill her husband. That went on to be a best-selling book - as well as a hit movie with Nicole Kidman.

Of course, you can’t just take a real crime story and switch a few facts around. The true story is only the inspiration for the one you tell in your thriller.

Basically, I like to call it the “what if?” approach.

What if the story didn’t really happen the way it did in real-life news?

I did that with a celebrity shooting on the streets of New York in a novel called Shooting For The Stars a few years back. The idea was what if a celebrity was gunned down by a fanatic fan the same way John Lennon was in 1980? Except in my book, the fanatic fan didn’t do it. What if Mark David Chapman wasn’t the one who pulled the trigger? What if Lennon was killed by someone else for some other reason? Then I was off and running with my novel...

Of course, the idea for the crime is just the beginning.

You still have to write the book.

But I do think using real-life crimes as inspiration helps make a fictional work more believable and realistic than something made up out of thin air.

Of course, it’s been easier for me to find those great story ideas than most thriller authors because of my years as a working journalist.

And so when people ask me the question all authors are asked: “Where do you get your ideas from?” - well, I have the perfect answer for them. 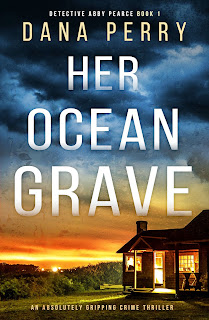 The Ocean Grave by Dana Perry (Published by Bookoutre June 2, 2021)

Over the cliff edge, she sees a broken body on the jutting rocks below, the waves crashing all around. She can’t see the girl’s face, which is covered by her long, brown hair. But she knows her. She met her just yesterday… When Samantha Claymore doesn’t return home after an afternoon bicycle ride on Martha’s Vineyard, Detective Abby Pearce acts immediately. She knows from experience how quickly a lost girl can become a tragedy. Back on the island for the first time since she ran away as a teenager, Abby hopes solving Samantha’s case will make up for her past mistakes… But, as the media swarm and Samantha’s grieving mother joins the search, the police find no trace of the beloved sixteen-year-old—even when a reward is offered for her return. Trawling through old case files, Abby discovers that Samantha is not the only girl to have gone missing in the small community of Martha’s Vineyard. She’s convinced more could follow, but her team insists there’s no link to be found. Until Samantha’s best friend is found dead at the bottom of a cliff the next day… After searching Samantha’s bedroom and trawling through the files on her computer, Abby digs into the death of Samantha’s father five years ago at sea, following the trail to one of the island’s most powerful families. The same people who failed to protect Abby the night she was forced to leave as a young girl. Is there anyone left on this quiet island who Abby can trust? Can she find Samantha before more innocent lives are taken?

Dana Perry is the pen name for thriller author R.G. Belsky. Belsky has also written 14 novels under his own name, including the ongoing Clare Carlson series. He is a longtime New York City journalist who worked as a top editor at the New York Post, the Daily News, Star magazine and NBC News.