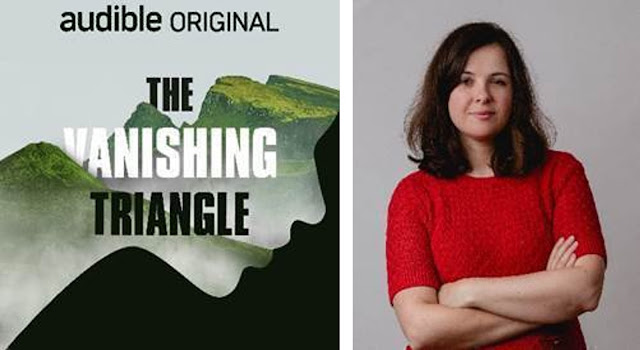 We were intrigued when we heard that Crime writer Claire McGowan has entered the world of Audio True Crime, She conducts a disturbing investigation, entitled THE VANISHING TRIANGLE, exclusive to Audible Studios. In fact, she also narrates this slab of investigative journalism.

The Vanishing Triangle shines a light on the unsolved disappearance of at least eight women from mid-nineties Dublin; their bodies were never found, and no suspect was ever charged. To understand why these crimes remain unsolved, McGowan explores what life was like in nineties Ireland, and investigates how a shifting political landscape and Irish society’s views on the treatment of women impacted the investigation.

An insightful look at the context that shaped a terrifying Irish mystery, The Vanishing Triangle asks how misogyny, shame and secrecy prevented us from discovering the truth behind these disappearances.

Claire McGowan is the author of the bestselling crime thriller What You Did and the popular Paula Maguire series. She has written several radio plays and TV scripts, and also writes women’s fiction under the pseudonym Eva Woods.

“'I first came across the so-called Vanishing Triangle cases when writing my Ireland-set crime series, and was shocked and horrified that they had never been solved, and that no one really knows about them outside of the country. I realised I had been a teenager growing up in Ireland at the time of the disappearances, but had no memory of hearing about them then. This has been a massive undertaking for me, a different way of writing, a story without an ending, real people with real suffering families. Audible have been hugely supportive and I really hope it will bring a greater spotlight to the ongoing tragedy of these unsolved cases.” Claire McGowan

The Vanishing Triangle will be available to download from 1st April 2021 exclusively at www.audible.co.uk.

So, intrigued with this departure for this crime writer, we tracked her down as we had a few questions -

Ali Karim:       The most pressing question first, why the foray into true crime after penning fiction?

Claire McGowan:  It wasn’t something I had particularly planned to do, but the topic came up at the Harrogate crime festival, and I was asked if I could think of any true crime cases I’d be interested in writing about – and this was the first one to come to mind, as I’d learned about it while researching some of my crime novels.

AK:      And so, what intrigued you about the case of these missing eight women in 1990s Dublin to investigate?

CM:     I had always found it very shocking that there could have been a serial murderer in Ireland that not only was never caught, but not even identified for some years. It seemed so sinister that this could happen in such a small and close-knit country, which had always felt quite safe to grow up in.

AK:      After penning many crime novels tell us how difficult it was to change to writing non-fiction?

CM:     I did find it quite a difficult transition – mostly I found myself checking facts over and over while writing, because normally I would just make it up. The other difficulty is that these cases are not currently solvable, and in my books there were would always be a resolution that explained everything.

AK:      In THE VANISHING TRIANGLE you provide commentary on the social backdrop of Ireland before the millennium, especially toward women. Was it difficult to uncover what lay beneath the veneer of a genteel, religious society?

CM:     Although I knew a fair bit about the cases already, and do remember much of the nineties from growing up in Ireland, I was still shocked to discover the extent of violence against women there, both years ago and now. I also learned that as well as the disappearances there was quite a few murders of women in the same area, many still unsolved, that may be connected. Obviously, the country was not as safe as I had imagined as a young girl. 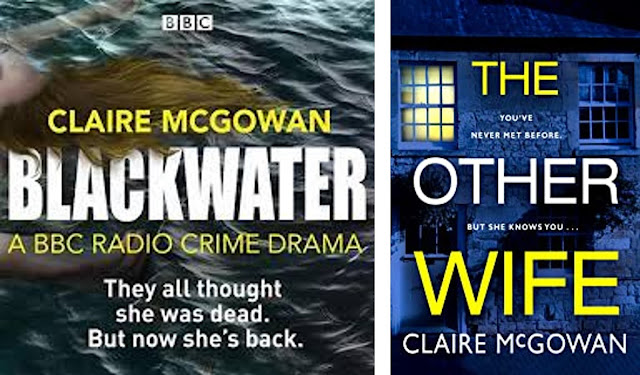 AK:      How much research was involved in your investigation?

CM:     Quite a lot – I researched a lot in newspaper archives as well as books, and spoke to people connected to the cases. The difficult thing was knowing when to stop, as I kept finding more and more cases that might have been relevant.

AK:      And the Gardai? [aka Irish Police] What was the cooperation from the authorities like, or would they rather your just went away?

CM:     I found them very helpful, both the retired officers who worked on the cases, and the current force, who invited me to an event for missing persons that’s held every year in Dublin. My impression was that the officers who investigated the cases, especially the cold case team who worked on them for three years, were quite haunted by them, and had done everything they could to try and solve them, but ultimately there was just no evidence.

AK:      Did you ever consider fictionalising the events of THE VANISHING TRIANGLE to pen an imagined thriller?

CM:    No – I feel I’ve written a lot about missing persons in Ireland already in fiction, and I wouldn’t want to fictionalise something that is still causing so much pain to the families who’ve never had any resolutions, not even a body to bury.

AK:      And why the decision to turn into an audio book? And more specifically, to narrate the story yourself?

CM:     It was actually commissioned as an audio book first and foremost, although it will also be a print book after some time has passed. I was surprised to be asked to narrate it – it wasn’t my decision – because I don’t have any experience in voice acting, but I think as it’s quite a personal story, it was right that I did it.

AK:      Are going to return to crime fiction, with your Paula Maguire books, or standalones?

CM:     I haven’t stopped writing crime fiction – I have another thriller out later this year, I Know You, which is about miscarriages of justice, Death Row, and old secrets coming back to haunt the present.

AK:      And tell us how your involvement in BELFAST NOIR came about?

CM:     That was a collection of short stories edited by Stuart Neville and Adrian McKinty – I was just asked to write a story for it, which was a lot of fun.

AK:      Are we likely to see another Audible work from your notebook and microphone?

CM:     No immediate plans but they have been fantastic to work with, and I would certainly consider writing some more non-fiction in the future.

CM: And to Shots Magazine too! 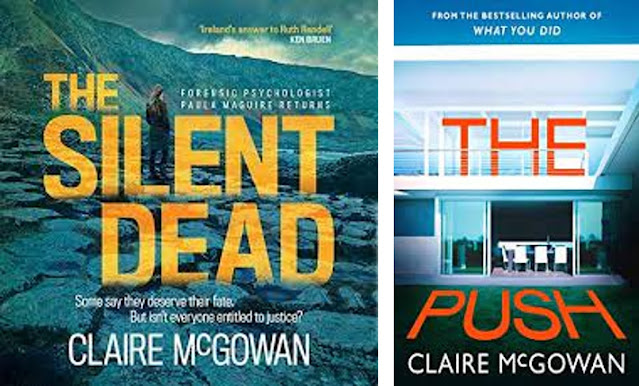