I am pleased to host an extract from Adler written by Lavie Tidhar with art by Paul McCaffrey as part of the Adler blog tour. 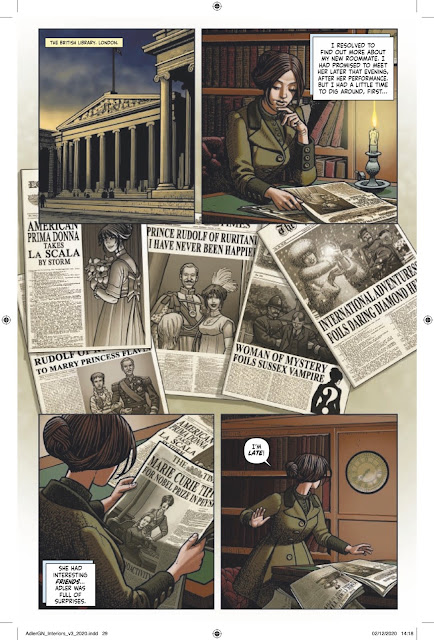 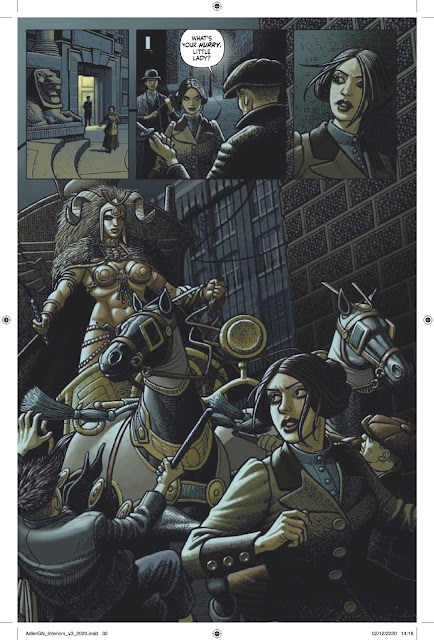 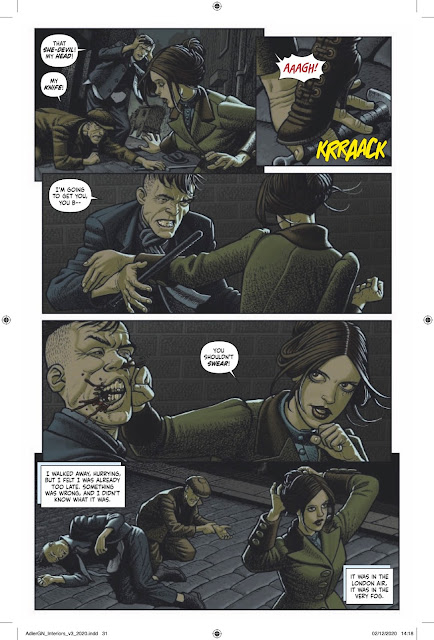 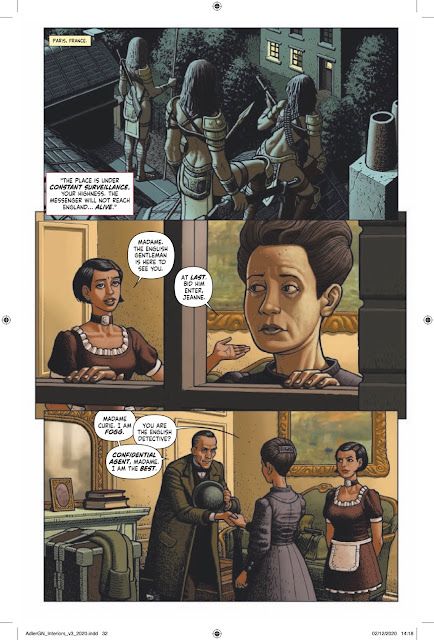 It's the League of Extraordinary Gentlewomen, as Adler teams up with a host of famous female faces from science, history and literature to defeat the greatest criminal mastermind of all time 1902. Wounded in the Boer War, Jane Eyre returns to a London transmogrified by emerging modernity. An old friend, the glamorous inventor Lady Havisham, introduces her to the American adventuress Irene Adler, and the two seek lodging together. But Adler is engaged in a brutal secret war against a mortal enemy of the British Empire: Ayesha, She-Who-Must-Be-Obeyed, who seeks revenge against the colonisers who destroyed her country. And Jane, not unwilling, is swept up in the case.