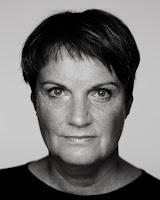 Some writers can have irons in a variety of fires at the same time. I’m not one of those. Having finished a book, I always need time to distance myself from it, to let go of it, get it out of my system. I’ve also noticed that I make use of the time between putting the finishing touches to the manuscript and the book appearing to explore other things. At first this was an unconscious process, but now I’ve come to understand how important this is.

I travel around my own country and spending time with nature is always uplifting. Sometimes I involve myself in activities that demand being out and about, meeting a lot of people, such as organising cultural events, teaching or artistic activities. This is refreshing, as writing is a solitary activity.

A new book usually appears in October and time goes into interviews here and there, events and readings. Books published towards the end of the year become part of the ‘Christmas Book Flood’, as the majority of books published in Iceland appear between January and December, so that’s Iceland’s book season. Many people give books as presents, and Icelanders frequently discuss the newest books during those three months.

Book publishing and all kinds of related events are an integral part of getting ready for Christmas in Iceland. So authors tend to be busy people in the weeks leading up to Christmas, rushing from one place to the next with armfuls of books. It’s demanding, but also a lot of fun, and I always enjoy meeting readers and other authors. It’s also interesting to see and hear which incidents or passages in each book hold the reader’s attention, as often the author isn’t aware of this.

Everything to do with the Christmas Book Flood means that you don’t catch your breath properly until January, and it’s not until then that I can distance myself properly from the last book. I need some peace and quiet to start work on something new, and all those distractions at the start of a new story don’t sit well with me.

I have gradually come to realise that my refreshment time – between delivering the finished manuscript and publication – is the time when the seeds are sown for new ideas. It stews gently in my unconscious and when things calm down in January is the time to start watering those seeds in the hope of a harvest.

There are many things that provide me with inspiration. Here are a few, and not necessarily in any order of priority.

Let’s start with Iceland’s nature and society. For the last fourteen years I’ve spent around six weeks a year travelling around the country, both the uninhabited areas and the communities around the country. These travels have given me a huge amount of inspiration. I make a definite effort to get to know the places I write about, and to get to know the people living there.

People are important. As an author (and formerly as an actor and teacher) I find it vital to get to know all kinds of people, with different backgrounds, with varying opinions, and of all ages. I make efforts to listen to their stories and understand their attitudes, and to try to understand where those opinions and attitudes come from. New experiences get the imagination working.

Social issues are fascinating. I can’t just start writing with no starting point. The story has to have its roots in some undercurrent in society. But don’t get me wrong... I’m not here too stuff any opinions down the reader’s throat. I’d never do that – I loathe propaganda! But I like to give readers food for thought, assuming they are open to it. If not, then there’s nothing wrong with enjoying the story as a straightforward mystery.

Tranquillity is something I need to have when I start a new book. I try to minimise distractions, but make sure I find time to walk and swim. Despite the turbulence of the last few months due to Covid, I’m getting to the point of being able to focus 100% on the next book... 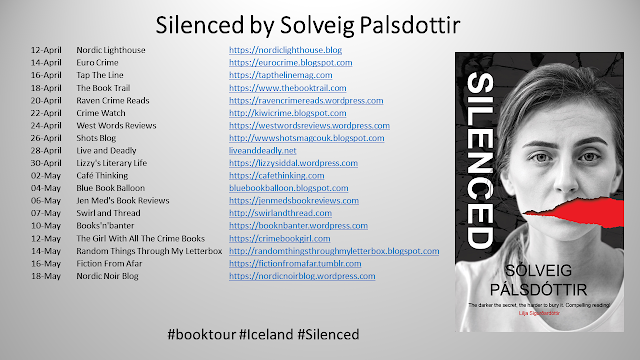 As a police team is called in to investigate a woman’s suicide at the Hólmsheiði prison outside Reykjavík, to detective Guðgeir Fransson it looks like a tragic but straightforward case. It’s only afterwards that the pieces begin to fall into place and he takes a deeper interest in Kristín Kjarr’s troubled background, and why she had found herself in prison. His search leads him to a series of brutal crimes committed twenty years before and the unexplained disappearance of the prime suspect, whose wealthy family closed ranks as every effort was made to keep skeletons securely hidden in closets – while the Reykjavík police struggle to deal with a spate of fresh attacks that bear all the hallmarks of a copycat.