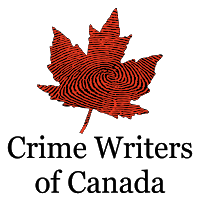 Best Crime Novel sponsored by Rakuten Kobo, with a $1000 prize

Raye Anderson, And We Shall Have Snow, Signature Editions

Emily Hepditch, The Woman in the Attic, Flanker Press

Katrina Onstad, Stay Where I Can See You, HarperCollins Publishers Ltd.

Best Crime Novella sponsored by Mystery Weekly with a $200 prize

C.C. Benison, The Unpleasantness at the Battle of Thornford, At Bay Press

Jeff Blackstock, Murder in the Family: How the Search For My Mother's Killer Led to My Father, Viking Press

Silver Donald Cameron, Blood in the Water: A True Story of Revenge in the Maritimes, Viking Press

Justin Ling, Missing From the Village: The Story of Serial Killer Bruce McArthur, the Search for Justice, and the System That Failed Toronto's Queer Community, McClelland & Stewart

The Future by Raymond Bazowski

Predator and Prey by Dianne Scott

Notes on Killing your Wife by Mark Thomas

A Nice Place to Die by Joyce Woollcott

Cat with a Bone by Susan Jane Wright

The Derrick Murdoch Award is a special achievement award for contributions to the Canadian crime writing genre. As co-owner of Toronto’s Sleuth of Baker Street, Marian Misters has been supporting mystery authors since the bookstore opened and CWC from its inception. Through hosting book events, she has helped launch the career of many CWC authors. In addition, Marian served as Jury Chair for the Awards for three years, during which time she streamlined and developed written procedures for the judges. She was also instrumental in guiding CWC to a new, more diverse, Jury Selection Committee format, and has been active on the Awards Committee for five years.

The video of the announcements can be seen below.

Thank you for sharing!