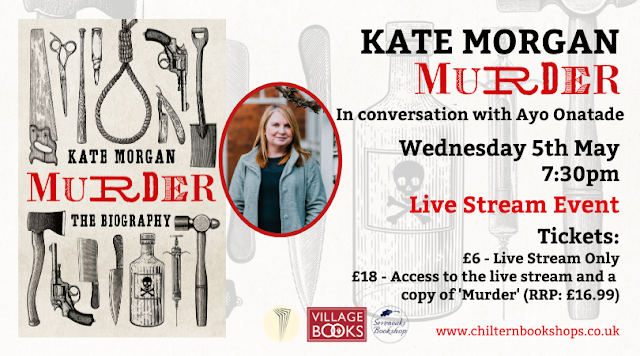 Murder: The Biography is a gruesome and utterly captivating portrait of the legal history of murder. The stories and the people involved in the history of murder are stranger, darker and more compulsive than any crime fiction. There's Richard Parker, the cannibalized cabin boy whose death at the hands of his hungry crewmates led the Victorian courts to decisively outlaw a defence of necessity to murder. Dr Percy Bateman, the incompetent GP whose violent disregard for his patient changed the law on manslaughter. Ruth Ellis, the last woman hanged in England in the 1950s, played a crucial role in changes to the law around provocation in murder cases. And Archibald Kinloch, the deranged Scottish aristocrat whose fratricidal frenzy paved the way for the defence of diminished responsibility. These, and many more, are the people - victims, killers, lawyers and judges, who unwittingly shaped the history of that most grisly and storied of laws.

Join lawyer and writer Kate Morgan on a dark and macabre journey as she explores the strange stories and mysterious cases that have contributed to UK murder law. The big corporate killers; the vengeful spouses; the sloppy doctors; the abused partners; the shoddy employers; each story a crime and each crime a precedent that has contributed to the law's dark, murky and, at times, shocking standing.

Contact Chiltern Bookshops for information about the event. Tickets can be bought here.