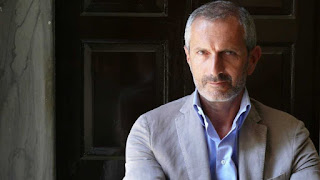 Gianrico Carofiglio in conversation with Sheldon Zenner, a former federal prosecutor and a defense attorney in the United States. They will discuss Carofiglio's new novel as well as his career path from anti-Mafia prosecutor to full-time writer. 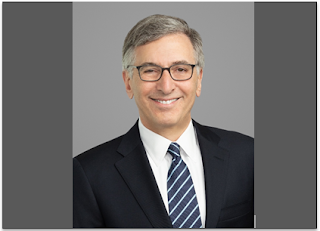 Join them for a stimulating and lively conversation as they cross the globe – Gianrico Carofiglio will join us from Italy and Sheldon Zenner from Chicago – to discuss The Measure of Time, Carofiglio's inspiration and writing life, and an inside look at the intricacies of the Italian justice system from two brilliant legal minds.

it’s going to be hosted virtually in NYC but UK residents can watch it here in the UK from 6pm onwards on 6th May. It’s being co-hosted by the Italia Cultural Institutes on both sides of the pond.

The event is free by registration is required through this link. 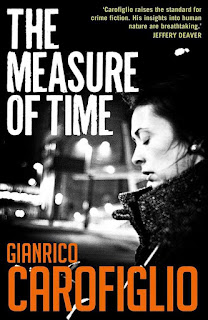 The Measure of Time, translated by Howard Curtis, is the latest book in Carfofiglio's Guido Guerrieri crime series (just published in spring 2021 by Bitter Lemon Press).

One spring afternoon, defence attorney Guerrieri is confronted with an unexpected spectre from his past. In her youth, Lorenza had been a beautiful and unpredictable girl with dazzling charm. A changed woman faces him in his office that day. The ensuing years have ravaged her appearance and embittered her mind. As if that weren't enough, her son Jacopo, a small-time delinquent, stands convicted of the first-degree murder of a local drug dealer. Her trial lawyer has died, so, for the appeal, she turns to Guerrieri as her last hope. Guido is not convinced of the innocence of Lorenza's son, nor does he have fond memories of the way their relationship ended two decades earlier. Nevertheless, he accepts the case; perhaps to pay a melancholy homage to the ghosts of his youth. His old friend Carmelo Tancredi, a retired police inspector, and his girlfriend, the charming investigator Annapaola Doria are once again by his side. A masterful, compassionate novel, striking a balance between a straightforward trial story -some say the purest distillation of human experience - and the sad notes of time as it passes and exhausts itself.