Saima Mir on writing The Khan 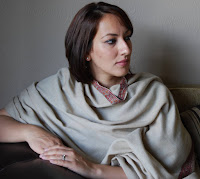 The Khan is the book I wanted to read but couldn’t find on bookshelves anywhere. As a young British woman of Pakistani heritage I longed to read a crime novel with characters who looked like me, and about a woman who was strong enough to stand in a man’s world. It didn’t exist, so I wrote it myself.

I wanted to read about crime, about family, and about the lines we will cross for those we love. As a journalist and a consumer of news, I was often struck by the ingenuity of the criminal classes, the things that they would do to make money, and it made me wonder what they would have achieved if they’d been given different opportunities.

The representation of Muslim women I found in crime novels were as victims of circumstance, and oppression, with no agency of their own. Women who needed rescuing, or who were trying to escape their culture. But I was surrounded by clever, beautiful, and inspiring Muslim women, who fought hard for their freedoms and for their rights. I wanted to see them on the page and to introduce them to the world.

As a cub reporter at the Telegraph & Argus in Bradford I’d often cover late shifts. This was my job in journalism. The shift which ran from 3pm to 11pm, involved making regular calls to the police and fire lines, following up leads, and developing contacts who knew what was really going on in the region.

I used to finish up what needed to be done, and head towards a café at the edge of the city centre, close to The Alhambra theatre, called Café Lahore. It was filled with young British Asians, looking for a place to hang out, chat, and socialise. The walls were covered in images from classic cinema, both Hollywood, and vintage Bollywood. The menu was a mix of karahis, and grills, followed by school dinner puddings, a reflection of our second and third generation upbringing. I’d take my personal phone, my work mobile, and my notebook, which was covered in shorthand scrawl. I’d have dinner their and shoot the breeze with old friends, and contacts, and make new acquaintances. It was here that the seed of The Khan was planted. This world that was never written about, but where I spent so much of my time.

As a journalist I covered a variety of stories, and was given a glimpse into the lives of a cross section of people. I was often sent to the reception desk of the smoked glass building by the news editor, to meet someone who had walked in, and had asked to speak to a journalist. I remember one man who relayed a story to me, about a shady but powerful group of men who ran the city. Short, and smelling of booze, he had greying hair, and a face covered with lines and crevices. He was passionate about his tale, and convinced of its truth, but there was no evidence to back up his claims, and he was obviously inebriated. Urban myths like this came fast and frequently during my career, and they watered the story seeds in my head.

The scent of various court houses, the sun shining on the street where a heinous crime has been committed, the broken look in the eyes of an accused, these things all stayed with me, like a box of textile cuttings, ready to be called up when I sat down to stitch The Khan together.

I met all kinds of characters, and my position allowed me to ask them questions I would not otherwise have been afforded. One of the best things about being a journalist is the privilege of mixing with people at all levels within society.

I loved the city where I grew up, but media seemed to concentrate on its racial divide, problems, and poverty. They couldn’t see the hope, the joy, and the real reasons for what was going on. The fact that these were real people with dreams and ambition was conveniently forgotten. I always felt the region was judged, maligned and undersold. Yes, there were problems, but there were reasons for them, and there were people who wanted things to change.

During the edit of The Khan, my editor at Oneworld, Jenny Parrott, gave me some of the best advice I’ve ever had. She suggested spending the weekend thinking about what my characters would do, in every circumstance. I spent the following few days living with Jia Khan do in my head. I thought about what she order in a restaurant, what she would say, how she would speak, or react to the various people I encountered. It transformed the way I thought of my characters, and from that day to this, I feel as if they are with me. Writing new scenes and ideas are much easier now, because they step forward as soon as I call upon them.

The Khan is a labour of love, and a love story to the region where I grew up. I am aware that it is a crime story, and that therefore is not a representation of all that is good in the world. But my aim was to write an entertaining book that surprised, and informed, and lived in the grey of life that we discover with age.

It is not a representation of all facets of every Muslim woman, or every British Pakistani family, but it is the story I wanted to tell at a particular moment in time, and I hope it will open doors into a world not always encountered by white society, and will allow other women to step through with their own tales. 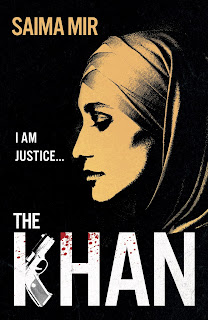 The Khan by Saima Mir (Published by Point Bank) Out Now.

A successful lawyer, Jia Khan’s London life is a long way from the Northern streets she knew as a child, where her father, Akbar Khan, was head of the Pakistani community and ran the local organised crime syndicate. His Jirga rule – the old way – was violent and bloody, but it was also justice of a kind. When her father is murdered, Jia must return to his community. In the past, the police relied on Akbar Khan to maintain the fragile order of the streets. But a bloody power struggle has broken out among the various communities and now, nobody is safe. Justice needs to be restored, and Jia is about to discover that justice always comes at a price.