A Statue for Jacob by Peter Murphy 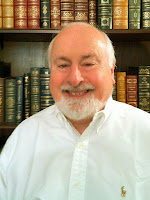 “Do you handle debt collection cases?”

With these words, a client draws a young lawyer into an extraordinary case, one which will take her back to the War of Independence, to a time when the future of the rebellious colonies hung precariously in the balance, and to the role of a forgotten hero in helping to secure America’s liberty. The young lawyer was a former student of mine, the case was real, and I worked on it with her for more than two years.

In the bitterly cold winter of 1777–1778, the revolutionary army under George Washington, badly beaten on the field of battle, bereft of even the most basic supplies and in danger of starving and freezing to death, retired in disorder to winter quarters on the west bank of the Schuylkill at Valley Forge, Pennsylvania. Between the end of 1777 and the spring of 1778, two things happened. First, the army received material support sufficient to enable it, not only to survive, but to emerge from Valley Forge as an effective and eventually victorious fighting unit. Second, a man called Jacob de Haven, a wealthy merchant and landowner who owned the land adjacent to Washington’s encampment, and who was Washington’s friend and a fellow-freemason, fell from a state of considerable wealth to a state of abject poverty within a short space of time.

These two facts are connected. Jacob made loans of gold and supplies to Washington’s army, such loans, according to family tradition, amounting to about $450,000 value at the time. The Continental Congress had promised to repay all war loans after the war, with interest. But in Jacob’s case, the government failed to repay any of the principal or interest, and has never recognised the vital role he played in ensuring the success of the war.

Jacob’s family had repeatedly petitioned Congress for relief, but Congress had always turned a deaf ear. In March 1989, the family sued the federal government in the US Claims Court. Their lawyer, whom I had taught at South Texas College of Law while I was a professor there in the 1980s, was Jo Beth Kloecker. In January 1990, the judge dismissed the case, ruling that the family had missed the six-year statute of limitations by some two hundred years (!) even though the law did not even allow citizens to sue the government for more than forty years after Jacob’s death. Subsequently, a federal appeals court upheld the judge’s decision. The United States Supreme Court refused to hear the case.

Consequently, Jacob’s family no longer has any judicial remedy to recover a loan which, according to Alexander Hamilton, represented the price of liberty, was guaranteed by the Constitution, and for which the faith and credit of the United States had been repeatedly pledged. Above all, more than any question of money, the family wanted Jacob to be recognised as the national hero he was. Their goal was a statue for Jacob.

Jacob de Haven died in poverty in 1812. He lies buried in an unmarked grave, in a remote churchyard in rural Pennsylvania. There is no statue in his honour.

It was when the Supreme Court turned us down that I decided to write the de Haven story as fiction. It has been the most difficult task I’ve ever set myself as a writer. I gave the family the name van Eyck. I changed the characters of those involved beyond recognition, and wrote myself out of the story. But the most difficult challenge was to combine the historical background with the contemporary story of the lawsuit, and to give the whole story a very different ending. Part of the problem is that the historical evidence is very thin. We suspected that the government has documents relevant to the case, but the court would not order the government to produce, or even search for them – probably because the court had already decided that the case would end with the statute of limitations. Alexander Hamilton, no less, had provided us with our legal theory – that the loan was guaranteed by the Constitution, which overrode the statute of limitations. But in order to give the lawyers in the contemporary story something substantial to work with in terms of facts, I had to write it from a slightly more esoteric point of view.

This took me back to my experiences in India, a country in which there is no demarcation between the mundane and the esoteric, where astrologers often give evidence in court cases, and where environmental law is sometimes made by considering which of the Hindu deities is most offended by the perpetrator’s conduct. That is why my lawyer, Kiah Harmon, is from an Indian family and understands why the usual lines of demarcation in a western country such as America do not always paint a complete picture. At the same time, I needed to my story to make sense rationally. I have lost count of the number of drafts this book went through. It has taken me more than twenty years to get it right in my own mind as a novel, and I’m hoping that its publication will be a catharsis for me.

I hope you will enjoy it, and that perhaps it might at last inspire someone to erect that long overdue statue for Jacob.

'This debt was not contracted as the price of bread or wine or arms. It was the price of liberty' - Alexander Hamilton Kiah Harmon, a young Virginia lawyer, is just emerging from the most traumatic time of her life when actress Samantha ('Sam') van Eyck walks into her office, unannounced, with the case of a lifetime. She asks Kiah to recover a 200-year-old debt from the US Government - a debt that Alexander Hamilton may have acknowledged. The selfless generosity of Sam's ancestor, Jacob Van Eyck, in making a massive loan of gold and supplies at Valley Forge, during the freezing winter of 1777-1778, may well have saved George Washington's army, and the War of Independence, from disaster. But it reduced Jacob to ruin. Despite the government's promises, the debt was never repaid, and this hero of the American Revolution died in poverty, unknown and unrecognised. Two hundred years later, Sam and Kiah embark on a quest to change that. But first, they will have to find the evidence, and overcome a stubborn Government determined to frustrate their every move. Will there ever be a statue for Jacob?