When Fact Feeds into Fiction by Claire Allan 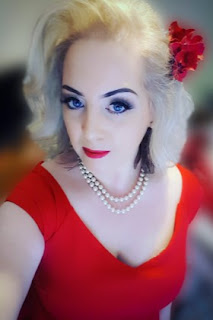 I was signing copies of my first psychological thriller when a fellow author – a woman I had first met when she taught a creative writing class at my secondary school – congratulated me.

‘I’ve always wondered why you didn’t write crime novels,’ she said. ‘You have a wealth of material in your head already. It’s a natural fit for you,’ she said. And she was right. I’d spent seventeen years as a staff reporter working on the largest local paper in Northern Ireland, the Derry Journal.

In the course of my journalism career I had covered more court sessions than I could count. I’d listened to evidence and pleas on cases ranging from petty shoplifting, to rape and murder. I’d even spent a considerable amount of time listening to the greatest legal minds in the UK as they poured over hours of evidence during the Saville Inquiry into the events of Bloody Sunday.

An occasion on which I’d stood on a bleak country road and noticed the blood of an attempted murder victim mixing with the mud and rain remains indelibly inked into my memory.

I can still conjure the smell in the air, the bitter cold temperature, the feeling that something very bad had happened at that spot.

And yet, despite this extensive internal library of experience –, writing crime fiction had held no appeal to me.

Perhaps it was the case that while I was working full time as a journalist, and my day job gave me that up close and personal look at the darker side of lives. When I went home each day I needed to switch off so I found my relief in writing ‘women’s fiction’.

I wrote about love, friendship, families and happy ever afters – and I enjoyed a degree of success with that. I had eight novels published with Irish publishing house Poolbeg Press – and I was a multiple Irish Times bestseller.

First of all, I decided to take voluntary redundancy from journalism to try and concentrate on my writing career. That gave me the freedom of headspace.

The second factor, and this one was definitely unplanned, was that an editor challenged me ‘to unleash my dark side’, stating that she thought I could definitely pull off a thriller.

I walked away from that meeting feeling quite sure she was wrong, but I decided to give it a go anyway. Before long, I had written Her Name Was Rose and found, to my great surprise, that I enjoyed every second of it. I felt as if I had been given permission to try something new, something that was beyond my fiction-writing comfort zone.

Yes, it was scary – but it was also exhilarating. I found writing the threads of a thriller, drawing them all together and adding in some twists for good measure to be immensely satisfying.

And more than that, there were editors out there who agreed that I was actually quite good at it. So I found myself, quite unexpectedly, with a book deal to write two thrillers and with a whole new direction in my career.

Of course I don’t, and would never, take the real life experiences of the victims of crime who had shared their stories with me and weave them into my books. I wouldn’t repackage someone’s trauma as entertainment, but I have realised that the hours I have spent talking to real life victims of crime – hearing their stories, absorbing their feelings, witnessing what crime can do to a person, to a family and to a community – has become my most invaluable resource as a writer. It’s what gives me the ability to write with empathy and to get inside of the mind of my characters.

Getting to the heart of character is central to my books. It’s the part of writing that I love the most and have always loved the most. Telling the stories of the humans behind the headlines was always my favourite thing about journalism. I liked to think that I gave a voice to people who would not otherwise have had one – and that feeds into my crime writing style and indeed what drives me to write in this genre.

It’s five years since I left journalism behind, and three years since my first thriller was released. I don’t think the second would have happened without the first.

The experiences and feelings I’d been witness to in the needed room to breathe and there needed to be distance between real life and fiction.

I hope I’ve struck that balance now – although centring my new novel, Ask No Questions, around a journalist will no doubt draw comparisons between my real life past and my fiction-writing career. For now, I’m more than happy to leave to the journalism to my fearless protagonist Ingrid Devlin, but I’m thankful for the career that showed me all the light and shade that exists within our society. 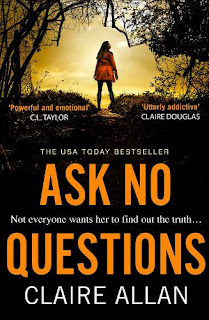 Ask No Questions by Claire Allan (HarperCollins) Out Now

Not all secrets are meant to come out...Twenty-five years ago, on Halloween night, eight-year-old Kelly Doherty went missing while out trick or treating with friends. Her body was found three days later, floating face down, on the banks of the Creggan Reservoir by two of her young classmates. It was a crime that rocked Derry to the core. Journalist Ingrid Devlin is investigating - but someone doesn't want her to know the truth. As she digs further, Ingrid starts to realise that the Doherty family are not as they seem. But will she expose what really happened that night before it's too late?