In The Spotlight - Carolyn Kirby 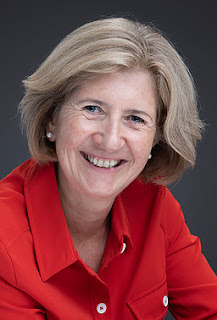 Carolyn Kirby is the author of two novels. The Conviction of Cora Burns was longlisted for the Historical Writers' Association Debut Crown Award and shortlisted for the Specsavers Debut Crime Fiction Award. Her second book When We Fall, was published in May 2020 and was chosen by The Times as one of the best novels of 2020.

Whiskey When We’re Dry by John Larison. It’s a Western told in the striking vernacular of teenage narrator Jessilyn/Jesse. Full of quirky observation (“Your eye pulls the trigger,” “a body is little more than a horse you don’t need to stable”) but driven by a heart-stopping, action-filled plot. Genius.

Oh dear, that’s quite an ask! Forced to choose one title, I will just mention Now We Shall Be Entirely Free by Andrew Miller, a book that should be much better known. It’s a study of PTSD in a veteran of the Napoleonic Wars but it is also the story of a thrilling chase through the length of a vividly realised Regency Britain, as well as a heart-breaking love story. Just read it!

First off is Julian from The Heart’s Invisible Furies by John Boyne, a character who commands your attention with his hair-raisingly hilarious bad behaviour and intoxicating charm. Perhaps a match for him, in more ways than one, would be the super-cool and fearless Martha from the excellent Cold War thriller The Wolves of Leninsky Prospekt by Sarah Armstrong.

I find writing pretty relaxing to be honest. When your mind is immersed in the imaginary world you are building, it becomes switched off from daily life. But even more absorbing, though I wish I was better at it, is codeword.

Nutshell by Ian McEwan. This is such a wacky concept; a whodunnit told by a foetus, yet it works brilliantly. And in a sign of an author at the top of their game, it is laugh-out-loud funny. I am trying to make my own writing funnier and I can tell you that is certainly harder to make readers laugh than it is to make them cry.

Don’t do it! Or rather, don’t do it yet. I’m glad I didn’t start writing until I was in my mid-forties as I wouldn’t have had enough patience or a tough enough skin to become a novelist as a young person. Writing novels is a solitary way of working too, which might have sent me a bit crazy in my twenties, but now, in my fifties, I love it.

Why do you prefer to write standalone novels as opposed to a series and would you consider writing a series?

I will always write standalones as I need to get excited about a new story by setting it in a world that is entirely new to me and then embarking on a journey of discovery. Much as I love being in each of the settings I have visited (Victorian Birmingham, WW2 Britain and Poland, and more recently the north of England and Scotland in the 18th century) I can’t imagine ever going back to any of them. There are too many other times and places to explore!

An Instance of the Fingerpost by Iain Pears is a brilliant crime novel disguised as a panorama of 17th century thought, politics and religion. It is set in Oxford during the Restoration, a time when the battle between science and superstition for the intellectual upper hand was at its fiercest.

After Such Kindness by Gaynor Arnold also looks at the influence of religion on society but her re-working of the story of Lewis Carroll and Alice Liddell in 19th century Oxford has a spell-binding focus on the family as a crucible for the doubts and demons of the age.

I shall be saying more about both of these great novels in my talk for the St Hilda’s Crime Fiction Weekend 13th-15th August 2021. Can’t wait! 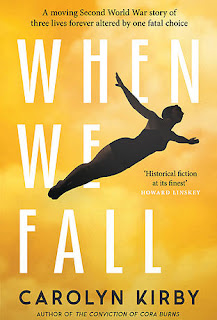 When We Fall by Carolyn Kirby (Oldcastle Books Ltd)

In England, 1943, British pilot Vee Katchatourian is determined to get her flying Wings, in spite of her sex and foreign name. Meanwhile, in Occupied Poland, Ewa Hartman serves German officers in her father's guest house, while secretly gathering intelligence for the resistance. What neither woman knows is that they are in love with the same man... Stefan Bergel is haunted by a choice he made whilst held in Russian captivity. Now, he's one of the only surviving witnesses of an appalling war crime - a crime that risks going unpunished. Compelled to expose the truth, Stefan asks both women to take enormous risks for him. Their actions could completely change the course of the war... but is he asking too much?

Information about 2021 St Hilda's College Crime Fiction Weekend and how to book tckets can be found here.