Dan Fesperman on the Return of Claire Saylor 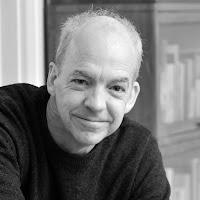 Claire Saylor, the American protagonist of my new spy novel, The Cover Wife, is the sort of character who is always pushing boundaries and breaking rules to find out things she's not supposed to know. She can sneak up on you that way. Give her a small role to play and she'll turn it into a bigger one, even if you're the writer who created her.

My initial authorly assumption about Claire was that she would be a minor character in my previous novel, Safe Houses. I figured she'd be useful for a few key scenes in her home city of Paris, where she was a CIA operative in 1979. Then I'd say goodbye, dispatching her to that vague netherworld where underused characters go to wait -- usually in vain -- for their next casting call. For many authors, that's a crowded place that we don't often care to visit, lest we do something embarrassing like forget someone's name, or the time when we first encountered them.

"What do you mean you don't remember me? I saved your ass on that climactic scene in your first novel!"

"Yes, well, can I get you a drink, maybe? Oh, and have you met this lovely person over here, uh, his name's right on the tip of my tongue..."

Claire refused to go to that room. Much in the same way she takes advantage of her dismissive station chiefs, exploiting their lack of attention, she began insinuating herself into one additional scene after another. I warmed to her company. She was enjoyable to write, smart and witty, and the next thing I knew she had become a full-blown sidekick. She even forced her way into the final scenes of the book's other plot line, a sequence of events occurring thirty-five years later.

Her performance was so compelling that I decided she'd earned a starring role in The Cover Wife, so here she is, working a case (or maybe, as she soon learns, two of them at once, with layers of meaning that must be unpeeled one at a time) in Hamburg in 1999, at a time when a few impassioned young Islamic radicals were just beginning to think big and bold about the mark they might be able to make in the West, as long as no one found out what they were up to.

You'll also find her in my next book, Winter Work, in which shell be working for the CIA in Berlin in 1990, four months after the Wall came down. But that, as they say, is another story. (I've only completed the first draft, with plenty of work remaining, so please be patient with me).

Yet, I certainly don't see Claire as a "series" character. In fact, it feels like a bit of a stretch to even characterize these books as a Claire Saylor Trilogy. That's partly because, for all her success in claiming a bigger role in Safe Houses, she still wasn't the main character. Those roles belonged to a young CIA operative named Helen Abell (who, by the way, has an important cameo in The Cover Wife), and to a couple of other folks. And in the book yet to come, Winter Work, she will share center stage with a scene-stealing old hand from the Stasi's foreign intelligence branch, a fellow named Emil Grimm.Also, it isn't as if these books are chronological. If you were to plot out Claire Saylor's life as portrayed in these three successive novels, you'd realize that they cover four parts of her career, and do quite a bit of jumping around in the process. Safe Houses, set in 1979 and 2014, gives you Parts 1 and 4, The Cover Wife (1999), gives you Part 3. Winter Work (1990), will give you Part 2.

Haphazard? Not really. It's simply the way her life's story evolved in the telling of these tales. I think of the non-chronological nature of these books as being more in the way that longtime friends, seated at a bar, will swap memorable old tales from their past as they drink, hopping inevitably from one year to the other, in no fixed order.

In Claire's case, at least she still has a place at the table, instead of moldering in that back room with all those characters whose names I've forgotten. Because, obviously, I'm intrigued by her. My hope now is that you'll enjoy her company as much as I have.

Paris, October 1999. CIA agent Claire Saylor's career has stalled, thanks to unorthodox behaviour in her past. So when she's told she'll be going undercover in Hamburg to pose as the wife of an academic who has published a controversial interpretation of the Quran's promise to martyrs, she assumes the job is a punishment. But when she discovers her team leader is Paul Bridger, another Agency maverick, she realises there may be more to this mission than meets the eye - and not just for professional reasons.  Meanwhile, Mahmoud, a recent Moroccan émigré in Hamburg, has become involved with a group of radicals at his local mosque. The deeper he's drawn into the group, the more he is torn between his obligations to them and his feelings toward a beautiful westernized Muslim woman. As Claire learns the truth about her mission, and Mahmoud grows closer to the radicals, their paths are on a collision course that could have disastrous repercussions far beyond the CIA.