Death at the Dairy Queen by Brad Hunter 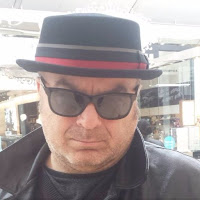 The joint’s door was wide open and the bags of garbage never made it to the trash.

And behind the Dairy Queen in Trenton, Ontario -- about 105 miles east of Toronto -- was the body of my baseball coach, Frank Calder.

Cops never said how he died but his death was ruled a homicide.

Police sources later told me he had been stabbed to death in what they believe was a botched robbery. For a man’s life, the take was chump change.

Frank’s murder occurred on May 24, 1976. I was 12-years-old at the time and his killing had a long-lasting effect on me, one which has never really left.

His murder remains unsolved although there have been rumours for years that the killer was killed in a motorcycle accident in Germany several years after the fact.

Even as I covered an increasing number of homicides during my career as a crime reporter, none stood out more than the death of Frank Calder. It was not sensational, in fact, it was pedestrian.

Not, however, to the people who knew and loved him.

About 20 years later I was on assignment for another newspaper and was given a tour of the gymnasium-sized cold case evidence room of the Ontario Provincial Police.

When I glanced over my shoulder, there was the evidence box: FRANCIS CALDER 5/24/76.

That horrific act so long ago cemented my fascination with violent crime.

I remain vexed by homicide. Its perpetual question remains as old as Cain and Abel. Why?

Perhaps the reason is ridiculous, at least to you and I, but for others their beef is serious enough to kill for.

Most murders that I have covered have not been locked door mysteries ala Agatha Christie. More often than not, they are unrelentingly stupid with little to gain financially or personally.

It’s like on the true crime popcorn show, Forensic Files. Within five minutes 90% of the time you know the killer is going to be the husband or wife.

Now, after 30 years of covering crime in Canada and the United States, it remains as fascinating as ever.

In the intervening years, I have covered probably more than 400 homicides.

From the run-of-the-mill to some of the most sensational murders of our times, many for the fabled New York Post.

I sat across from real estate scion Robert Durst (The Jinx) on a flight from Philadelphia to Houston where the squirelly rich kid would face justice for the alleged beheading murder of his neighbour in Galveston.

Then there were the mobsters.

On the day John “The Dapper Don” Gotti pegged out in 2002 I managed to find the son of the first man the gangster whacked.

Gotti made his bones by killing Irish-American gangster Jimmy McBratney AKA Jimmy From Queens on May 22, 1973 at Snoope’s Bar and Grill on Staten Island.

Jimmy Bratney Jr.? He was glad Gotti was on an express train to hell, after all, the future godfather had shattered his young life.

The collection of true crime tales  in Cold Blooded Murder may not have the same headline-grabbing appeal as a mob rubout.

But the stories in this volume are more fascinating -- and relatable. Killers and victims alike are normal people thrust into extraordinary situations by greed, malice and lust..

Aside from several serial killers, like the I-5 killer and the Dating Game Killer, it is husbands and wives, girlfriends and boyfriends, sons and daughters.

An apparently devoted husband and father who was carrying on an affair with the sexy young nanny. Winger wanted his wife Donna out of the way, and he wanted her dough.

He took his wife off the board and found a perfect patsy.

Ben Novack Jr. inherited fabulous wealth as the owner of the storied Fontainbleu Hotel in Miami Beach. He grew up around Frank Sinatra, Dean Martin and other luminaries of the 1950s and 1960s.

He also owned the world’s largest collection of Batman memorabilia, including the Batmobile.

But in a hotel outside New York City, Novack had his brains beat in. Result? A toe-tag in the morgue.

Was there something about his ex-stripper wife?

Janet Chandler was raised in a strict, Bible-punching home and was a member of her Michigan church’s choir.

And apparently sex and partying. Did her new penchant get her killed?

These stories are a gumbo of America’s darkest demons that are, at once, right now and as timeless as the gunfight at the O.K Corral.

As The Clash sang, “Killers in America work seven days a week”. 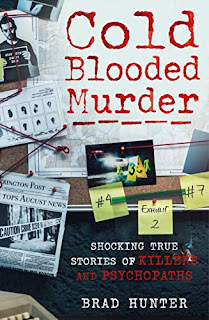 Murder is the most vile crime known to man.  It can be triggered by love or money or sex. Those are the three big ticket items for homicide. But people are strange. They will kill for the most obscure and ridiculous of reasons. In 30 years covering murder, I have discovered each one has its own flavour. Cops and friends can be stunned by the evil lurking within a seemingly ordinary man or woman. In this collection of some of the most memorable cases I've reported on, there are serial killers, rich kid monsters, football stars and wives in pursuit of hormone-charged hijinks... The very rich and the very poor. Successful lawyers and hotel executives. Southern belles who could melt butter with a come hither wink and a sexy drawl. Daddy's girls with gleaming smiles, good marks and possessed by the devil.  These are stories of American crimes and they stretch from coast to coast.  You will find cheating husbands and wives so desperate for love that they'll kill for it. When the mob kills, it's never personal. It's strictly business. With the murderers in Cold Blooded Murder, it's ALWAYS personal.