In The Spotlight: Cara Hunter 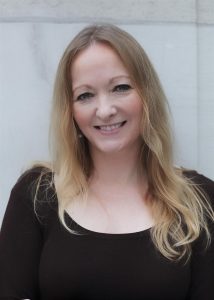 Cara Hunter is the author of five (soon to be six in March 2022) books featuring DI Fawley. Her debut novel in the series Close To Home was a Richard and Judy Book Club pick in 2018. It ws also shrtlisted for Crime Book of The Year in the British Book Awards. The series is due to be adapted for television.

The Survivors, by Jane Harper. I’ve loved her previous ones so l have high hopes.

If I’m not confined to crime it would have to be The Lord of the Rings – along with half the population of the world! Imagine writing something loved by whole generations.

I think PD James’s Adam Dalgliesh would make an interesting and thoughtful dinner guest, and perhaps Irene Adler from the Sherlock Holmes series. That would make for a lively combination.

Reading! And my guilty pleasure- watching true crime TV. I’m a total addict, but if my husband says anything I just say ‘research’…. 😉

The Lord of the Rings (obviously!) but in terms of crime, probably Gone Girl. Such a clever premise and so well executed.

It’ll be hard work, but hard work is how you earn your luck. I’ve always believed that, and so far I think it’s been true.

How would you describe your series character Detective Inspector Adam Fawley?

I’m going to cheat a little here and borrow the description of Alison Graham at the Radio Times, who said he was “‘kind, compassionate, clever and just that bit out of the ordinary”. I couldn’t have put it better myself!

Your 2 favourite books on Oxford

The first is Magpie Lane by Lucy Atkins. A similar set-up to Close to Home - a young girl goes missing in Oxford - but there the parallels end. This is a very different Oxford, set firmly within the university. Intelligent, beautifully written and amazingly well researched (I learned a lot!), and with a delicious creepy edge into the bargain. I loved it.

And the other is Thomas Hardy's harrowing classic Jude the Obscure. Dark, cinematic and unforgettable. And if you've ever wondered how Adam Fawley got his name, you'll find the answer here.. 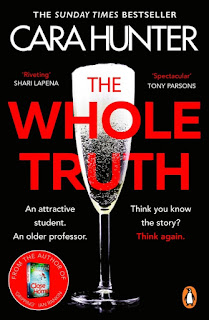 She has everything at stake; he has everything to lose. But one of them is lying, all the same. When an Oxford student accuses one of the university's professors of sexual assault, DI Adam Fawley's team think they've heard it all before. But they couldn't be more wrong. Because this time, the predator is a woman and the shining star of the department, and the student a six-foot male rugby player. Soon DI Fawley and his team are up against the clock to figure out the truth. What they don't realise is that someone is watching. And they have a plan to put Fawley out of action for good...