From Marlow to Coopers Chase by Robert Thorogood 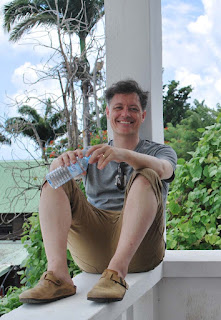 For me, the hardest part of writing a novel in 2020 wasn’t dealing with coronavirus, or the fact that I had a terrifyingly unmovable publication date that at times felt more pressing than a global pandemic, it was the discovery that Richard Osman seemed to be writing the same novel as me.

I don’t know how these things happen, is there something in the water perhaps, but how is it that seemingly identical projects can be created at the same time? How were two Robin Hood movies released in 1991? (The one with Kevin Costner’s bum was far superior to the one with that guy with the moustache IMO). Or Deep Impact and Armageddon  both coming out in 1998? More pertinently for me, how did Richard Osman’s as-yet-to-be-published novel, The Thursday Murder Club, have such a similar title to my work-in-progress, The Marlow Murder Club?

(In truth, I can well imagine the synchronicity of titles. After all, I’d got the inspiration for my book from a collection of short stories by Agatha Christie that was published under the title The Tuesday Murder Club – it’s where Miss Marple makes her first appearance. I presume Richard Osman did similarly. Even if he didn’t borrow his title intentionally, it’s funny how the subconscious works. I’m the creator of Death in Paradise for the BBC, and when I was making decisions early on, I had to name the main town on the fictional island where the show is set. I plumped for ‘Honoré’ quite by random, or so I thought. Many years later, I was re-reading A Caribbean Mystery by Agatha Christie and discovered that her book is set on the fictional island of St. Honoré. Spooky, huh?)

Anyway, the point is, even if Richard Osman’s book had the same title as mine, I just had to hope the contents weren’t in any way similar. And how could they be? After all, I’d come up with the idea for my book back in 2015, when I’d tried to sell it as a TV idea… and failed. Now I was writing it as a novel, I had to keep my head down and keep on writing, that’s what I told myself: keep writing, wait until the blurb for Richard’s novel was revealed, and then breath a huge sigh of relief when I saw how very different the two books were.

When then the blurb for his novel was revealed, I was stunned.

Luckily, I finished my novel and had pressed ‘send’ on it to my publisher a few months before Richard's book was published in September – and to the sort of stunning reviews and sales that would make any fellow writer’s black heart shrivel. But now I could finally read his book, and saw how wonderful it was – truly funny, moving, witty and so very clever – it was no longer this scary half-imagined thing, it was a book that I could enjoy as a tremendous romp from start to finish.

And reading it made me realise that the two books weren’t actually similar at all. In style, in tone, in how he constructed his story by alternating first-person chapters – and, above all, in the characters he populated his novel with – the two books were entirely different. Even if they both operate in a similar light-hearted murder mystery universe. But then, from Midsomer to St. Mary Mead, all of us light-hearted murder mystery writers operate in a similar universe.

I could breathe a huge sigh of relief. Richard Osman’s book may be the best book I read in 2020, but it doesn’t stop mine from having a crack at 2021. And who knows, maybe one day, the friends from The Marlow Murder Club can retire to Coopers Chase and solve murders with Elizabeth and her friends in The Thursday Murder Club? 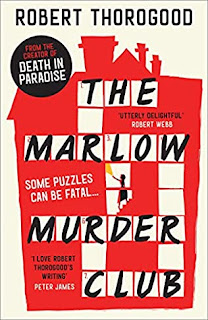 To solve an impossible murder, you need an impossible hero… Judith Potts is seventy-seven years old and blissfully happy. She lives on her own in a faded mansion just outside Marlow, there’s no man in her life to tell her what to do or how much whisky to drink, and to keep herself busy she sets crosswords for The Times Newspaper. One evening, while out swimming in the Thames, Judith witnesses a brutal murder. The local police don’t believe her story, so she decides to investigate for herself, and is soon joined in her quest by Suzie, a salt-of-the-earth dog-walker, and Becks, the prim and proper wife of the local Vicar. Together, they are the Marlow Murder Club. When another body turns up, they realise they have a real-life serial killer on their hands. And the puzzle they set out to solve has become a trap from which they might never escape…