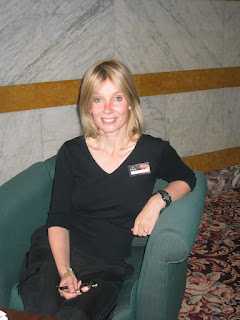 The crime fiction world have been deeply upset to hear the news of the sad death of Mo Hayder of Motor Neurone Disease on 27 July 2021. Alison Flood's article in the Guardian can be found here. Over on social media lots of crime writers have been expressing their condolences and paying tribute to her as they remember Mo Hayder. Her debut novel Birdman (1999) took the crime fiction world by storm and was an international best-seller.

She was certainly a firm favourite with us over on Shots since her first book Birdman was published. Ali Karim interviewed her after her second book The Treatment (2001) had been published and the interview can be read here. There is also an interview with Christine Campbell. A review of The Treatment also by Christine Campbell can be read here. The treatment was not only a Sunday Times best-seller but it was also won the 2002 WH Smith Thumping Good Read Award. Mo Hayder also wrote the screenplay for De Behandeling (2014) which was a Belgian film of an adaptation of her book The Treatment. 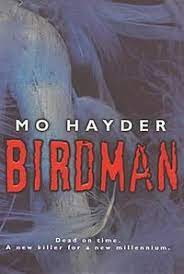 Ali Karim also interviewed when her first standalone book (and my favourite) Tokyo (2004) was published. Tokyo was published in the US as The Devil of Nanking. It was shortlisted for the CWA Gold Dagger

Pig Island her second standalone book was published in 2006 and was nominated for both a Barry Award for Best British Crime Novel and shortlisted for the Ian Fleming Steel Dagger. Her fifth book Ritual (2008) and third book to feature DI Jack Caffery which was the first in The Walking Man series was nominated for the CWA Ian Fleming Steel Dagger. This was followed by Skin (2009) the second book in the series.  Gone (2010) the third book in the series was nominated and won an Edgar Award for Best novel.

A review of Poppet (2013) the sixth book to feature DI Jack Caffery series can be read here.

Her third standalone Hanging Hill was published in 2011.  Wolf (2014) which was the final book to feature DI Jack Caffery was nominated in 2015 for an Edgar Award. It was also announced in March 2021 that the BBC were filming Wolf in Wales.

It was announced in March 2021 that Cornerstone imprint Century had acquired two speculative thriller novels by her under the name Theo Clare. The first in the series, The Book of Sand, is due to be published in January 2022 as a lead title for Century and its sequel, The Book of Clouds, will follow in early 2023.

The death of Mo Hayder is a blow to the crime writing community and she will be sorely missed by not only her fellow crime writers but also her fans. Our condolences to her family and her friends. 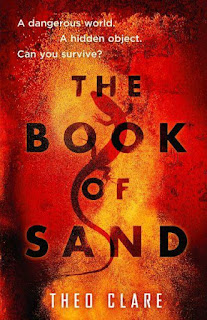 SAND. A hostile world of burning sun. Outlines of several once-busy cities shimmer on the horizon. Now empty of inhabitants, their buildings lie in ruins. In the distance a group of people - a family - walk towards us. Ahead lies shelter: a 'shuck' the family call home and which they know they must reach before the light fails, as to be out after dark is to invite danger and almost certain death. To survive in this alien world of shifting sand, they must find an object hidden in or near water. But other families want it too. And they are willing to fight to the death to make it theirs. It is beginning to rain in Fairfax County, Virginia when McKenzie Strathie wakes up. An ordinary teenage girl living an ordinary life - except that the previous night she found a sand-lizard in her bed, and now she's beginning to question everything around her, especially who she really is … Two very different worlds featuring a group of extraordinary characters driven to the very limit of their endurance in a place where only the strongest will survive.