There’s Always Time for a Little Crime… By Victoria Selman 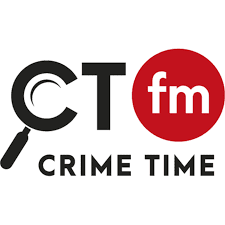 Crime fiction, more than any other genre, offers both puzzle and resolution and with it the promise that order will be restored. No wonder we’ve lapped it up the way we have in recent months.

But it’s not just reading that has provided much needed escapism during these trying times. Podcasts also provide a wonderful way to switch off from everyday life whilst simultaneously offering a sense of connection.

On The Sofa With Victoria brings audiences panel-style discussions between some of the most exciting names in contemporary crime fiction including Mark Billingham, Lisa Jewell and CJ Tudor as well as emerging voices and rising stars such as Abigail Dean, Will Carver and Joseph Knox.

Each fortnight, I’ll be chatting to authors and industry insiders about everything from serial killers to series fiction.

The programme launched on June 15th with an examination of supernatural crime crossovers between Sarah Pinborough and Alex North entitled, Anything Can Happen: https://apple.co/2Tx79x6

On the 29th, we released our second episode, a fantastic discussion about courtroom dramas with Harriet Tyce and Sarah Vaughan: apple.co/360nM7y

Meanwhile, In Person With Paul features in depth one-on-one interviews with big names such as Laura Lippman, Peter May and Jo Spain along with upcoming authors including Tim Glister, Imran Mahmood and James Wolff. Focusing on new releases, authors discuss their books, motivations and issues in crime fiction with Paul Burke.

Paul: “It’s amazing what you learn from authors, not just about their current book, but also what they have planned next and which of your favourite characters are about to make it to the big screen. It can get intense but we also have a lot of fun too.”

Barry’s Blu-Rays features Barry Forshaw’s insights on new crime DVD and Blu-ray releases based on the commentaries he does, often with Kim Newman, and the sleeve notes he writes for new releases and reissue as well as conversations with industry insiders Many of you will know Barry as a crime fiction expert but he is also a highly respected film writer.

We also have Heads Together, a magazine style show where the Crime Time FM team discuss news, reviews and all things bookish, from festivals to awards and a monthly watchlist: https://apple.co/3hk7lIf

There really is something for everyone whether you’re interested in the latest trends and themes in crime fiction or discovering new authors and films.

Catch us here and do let us know what you think via Twitter:

We’d love to hear from you! 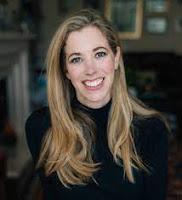 Victoria Selman writes for the Independent and is the author of the critically acclaimed Ziba MacKenzie series. Her debut novel, Blood for Blood, was shortlisted for the prestigious CWA Debut Dagger Award and an Amazon Charts #1 bestseller for five weeks, selling over half a million copies. She was recently shortlisted for the 2021 CWA Short Story Dagger Award. 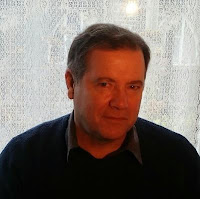 Paul Burke writes about books, with a special interest in crime fiction, for a number of magazines and online book sites, including Crime Time, NB Magazine, the European Literature Network and Crime Fiction Lover.