Q & A with Peter Hanington 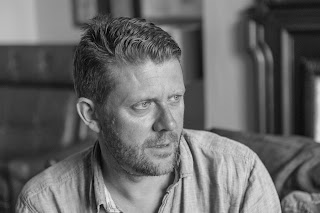 Ayo:-    Would you mind telling us a bit about yourself and how you got into journalism?

Peter:-    I followed quite a traditional path. A traineeship on a local newspaper and when I realised I wasn’t tough enough to be a tabloid hack I worked for free for my local BBC radio until they eventually gave in and offered me a job. After that 5 Live and eventually the Today Programme on BBC Radio 4 plus a range of other news and World Service radio programmes.

Ayo:-    Did you originally intend to be a journalist and if not what other job would you have done?

Peter:-    I’m lucky in this respect. I never had any doubt that I wanted to be a journalist – writing for the school magazine from primary school onwards etc. I’m also lucky because when I was getting started there were more opportunities for proper paid work both on newspapers and with a range of broadcasters. One of the problems we have right now is that serious journalism is on the back foot (newspapers closing, broadcasters and print media shedding jobs). That’s a big problem for aspiring young journalists out there but also an issue for society as a whole. Who will keep asking the awkward questions? Afflicting the comfortable and comforting the afflicted as the legend has it?

Ayo:-    A Cursed Place is your third novel with A Dying Breed and A Single Source being your first two books.  What prompted your storyline for A Cursed Place?

Peter:-    I wanted to write about the dark side of Big Tech and the role it plays in the propagation of fake news and falsehood. The book also looks at issues around cyber-surveillance.

Peter:-    I think ‘write what you know’ is pretty good advice. I’ve never been a foreign correspondent, let along a war corr but I’ve seen a fair few of them at close quarters and find them fascinating. These are the hacks who keep their passports with them at all times ‘just in case’, who know their blood group as well as how to transfuse a pint or two of their own blood if necessary. William Carver grew on me as a character - the more I wrote about him the more I liked him. Luckily he seems to have grown on other people too (despite or perhaps because of his many foibles and failings)

Ayo:-    Willam Carver is quite an unloved, unlovable and unpredictable old hack.  Is he based on one person or is he a composite of a number of people?

Peter:-    He’s a composite. There’s a splash of DNA from everyone from James Naughtie and John Humphrys to Lyse Doucet and Dame Ann Leslie in there. Some of his less appealing habits are borrowed from real life and real people as well but I’ll keep those names to myself if that’s okay with you Ayo?

Ayo:-    The characterisations, the nuances of relationships and the sense of place all play an important part in A Cursed Place. How important is it to get these right?

Peter:-    I try really hard to get those things right. Lots of research when it comes to locations… I spent time in Silicon Valley pre- Covid 19 to get a sense of what that place is all about, hanging out in the hotels and clubs where the Venture Capitalists drink their 30 dollar cocktails and do the deals. I spoke to various people involved in that world in order try and get the language, look and atmosphere right. I also went to Chile where my son was working for a charity and that visit helped inform the sections set in the Chilean mining community I’ve called Brochu. As regards the characters I like to go back and re-read each of the main character’s contributions individually to check that it feels right. Would Carver, Viv, Patrick etc say that? Would they do that?

Ayo:-    What is the more important for you characterisation or plot or do you try and have a happy medium between the two?

Peter:-    I still find the plotting hard. I would love to get to the point where I can map the whole thing out beforehand or at least a large part of it. The story often runs away with itself and I have to rein it back in and edit like crazy. Characterisation I feel like I am getting better at – I’ve know quite a few of the characters for a while now and love inventing new ones for them to get along or not get along with.

Ayo:-    In A Cursed Place William Carver has to get to grips in a world where hyperbole is all the rage as opposed to the truth and it is difficult to to distinguish between fake news and real news. But not only that but the rippling effect of fake news. This is not so much a novel as contemporary history thinly disguised in literary form. Was this intentional?

Peter:-    Gosh that’s a great summary of what I was trying to do. I obviously try to write thrillers that thrill… but I also want the book to ask questions and worry about issues that are worth worrying about. Fake news and the relationship between this and a handful of big tech companies are things I think are absolutely worth worrying about.

Ayo:-    How would you like your characters William Carver and Patrick to be remembered?

Peter:-    I hope that readers grow to like them (despite the previously mentioned faults and foibles) understand them and see them as representing (together with Viv and Jemima etc) the sort of journalism that a healthy, functioning democracy requires.

Ayo:-    How much has your job as a journalist helped you with your research?

Peter:-    Hugely. Its taken me to lots of fascinating places, travelling alongside and meeting interesting people at every turn. Its also provided me with an unending supply of weird and wonderful stories. Once colleagues know that you’re a keen collector of journalistic scandal and tall tales the good stuff just keeps coming.

Ayo:-    There are various nods to both John Le Carre and Graham Greene in all three of your books?  How much of an influence have these writers been on you?

Peter:-    Both extremely important. It was reading Greene that made me want to write. John le Carre similarly so and in fact I wrote to him a few times and received kind and encouraging letters back. I sent him the previous book - A Single Source - in the vain hope that he might have time to read it and he wrote a lovely letter back, mentioning in passing that he thought it was a good title. I tried to persuade the publisher that we should put that on the cover of the paperback: A Single Source. ‘A good title.’ - John le Carre.

Ayo:-    Are you a fan of spy thrillers and if so do you have any favourites?

Peter:-    Mike Ripley introduced me to Eric Ambler (shamefully late in my reading but at least I got there) and I’ve grown to love him. Also Lionel Davidson and Anthony Price so quite old school stuff.

Ayo:-    What next for William Carver?

Peter:-    Ah that’s a hard one to answer without spoilers but I can say that book four will probably be more spy-centered than anything Carver has come up against before.

A Cursed Place by Peter Hanington (Hodder & Stoughton) Out Now

Knowledge is power. And they know everything.The tech company Public Square believes in 'doing well by doing good'. It's built a multi-billion dollar business on this philosophy and by getting to know what people want. They know a lot. But who else can access all that information and what are they planning to do with it? Reporter William Carver is an analogue man in a digital world. He isn't the most tech-savvy reporter, he's definitely old school, but he needs to learn fast - the people he cares most about are in harm's way. From the Chilean mines where they dig for raw materials that enable the tech revolution, to the streets of Hong Kong where anti-government protesters are fighting against the Chinese State, to the shiny research laboratories of Silicon Valley where personal data is being mined everyday.