Who are John Connolly's THE NAMELESS ONES ? 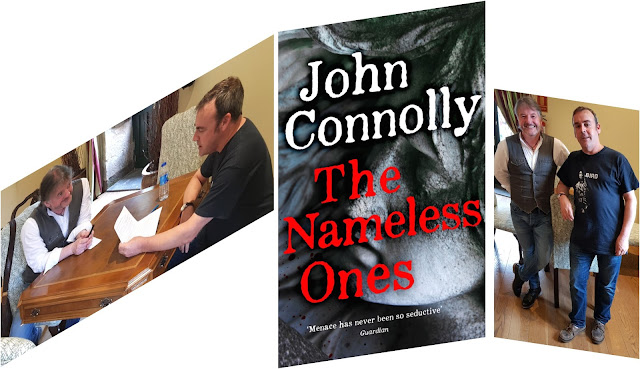 Clearly Connolly has done an immense amount of research for this book as is always the case. Every scene whether it be in London, Amsterdam or Vienna resonates. In Vienna there are important scenes that take place in the ”Friedhof der Namenlosen”, or the Cemetery of the Nameless from which the book takes its name. It all adds to the atmosphere and makes the book so much more interesting.

So, with The Nameless Ones, just released from Hodder and Stoughton, John Parker had a few questions for John Connolly [and no spoilers], so without further ado, over to the two Johns. 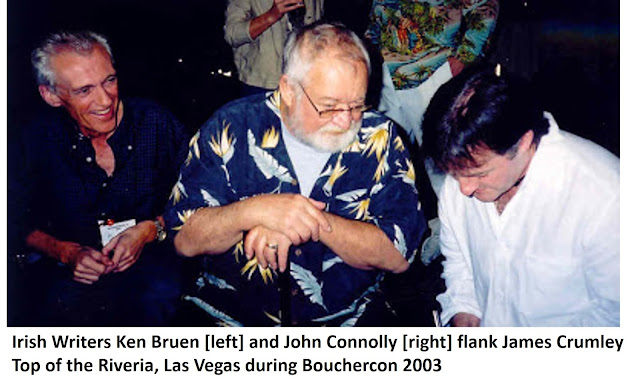 John Parker: Hello John! Congratulations on the publication of this fine book.

John Connolly: Very kind of you to say, thanks John.

JP: I know you like to do your research yourself so what can you tell us about visiting the country where the atrocities happened?

JC: Well, I spent some time in Serbia, which was interesting. It’s not really a destination for western tourists, and it’s pretty much Faulkner’s dictum in geographic form: ‘The past is never dead. It’s not even past.’ The shadow of the Balkan conflicts remains, even if it’s not openly acknowledged: the Military Museum in Belgrade, the main historical museum, doesn’t even mention them, but simply moves straight from the death of Tito in 1980 to UN peacekeeping missions in the 21st century without any mention of the intervening 25 years. Yet those wars underpin everything, and there’s a lingering sense of bitterness about how the Serbian role in the conflicts is perceived internationally, I think. To try to understand doesn’t excuse, though.

JP: Did you come across the cemetery of the Nameless by accident or did you know about it already?

JC: Neither. It was mentioned to me as an interesting place to visit by a writer named Robert Pimm, even though he knew nothing of the book I was researching at the time, and it was just fortunate that I took his advice. It gave me a title, and a central conceit.

JP: There is a line on page 8 of the novel – “We shall set black flags in the firmament”. It’s a great line and a great scene and it all sounds quite ominous. Obviously, you won’t tell me outright what I and your many readers would like to know but can we expect something BIG in the next novel?

JC: It’s a glancing reference to Marlowe’s Tamburlaine, the ‘black streamers in the firmament’. I’ve loved that line ever since I was a university student. As for the next book, it contains two short novels which – I think – will be bound into one volume. They very deliberately don’t move the story along, as I wanted to write self-contained episodes for a change.

JP: Are the Parker novels set in a Covid-19 world? Will the pandemic play a part in the future novels?

JC: The second of the short novels is set immediately prior to the first lockdown, although that may change. There’s a limit to how much I want to engage with all that’s happened.  Narratively, if feels like a bit of a dead end.

JP: You wrote the “The Sisters Strange” during the pandemic. Will that be published soon?

JC: That’s the first of the two short novels, but it’s now almost twice its original length. What worked – I hope – as something to be read as short extracts on a cellphone or computer screen simply didn’t work in novel form. Addressing that was massively time-consuming, to be honest.

JP: How has the pandemic affected you in your work?

JC: It’s allowed me to get more work done, as I haven’t had to find excuses to say ‘No’ to things. I’ve simply been able to write. As a result, I was able to apply myself properly to a 400,000-word history-cum-anthology of Irish genre short fiction, which uses Irish writing to explore genre fiction in general, since Irish writers were so influential in genre writing for so long. That’s called Shadow Voices, and will be published in October. It went to proof recently, and now I just want to lie in a dark room to recover.

JP: Are you still improving your Spanish?

JC: I’m still practising, but I can’t say that my Spanish is improving. I lack confidence, and prefer to write it rather than speak it. I’ll stick with it, though. I enjoy the language, that Spanish readership is hugely important to me, and I figure it’s good for my ageing brain.

JP: I sure hope you can get back over here again soon. To Asturias at least if not Avilés. As I write the Celsius 232 festival is about to start albeit with no international names.  Hopefully we will meet again in person.

JC: I liked Asturias a great deal, but I haven’t really been to anywhere in Spain that I haven’t enjoyed. If there was one country in Europe to which I might consider moving, it would probably be Spain.

JP: Thank you again for your time John.

JC: My pleasure, and glad you enjoyed the book, John.

……and a final thank you to Rebecca Mundy and the team at John’s British Publisher Hodder and Stoughton for their help in organising this interview.

More information about the work of John Connolly click HERE