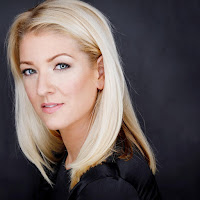 Cabin Fever tells the story of experienced psychotherapist, Kristina Moss, and her troubled client, Leah Iverson, a novelist, whose lives collide with devastating consequences, making them both come entirely undone.

Kristina almost has it all- a highly successful career in spite of a tragic past, a doting, impressive husband- prime minister candidate Eirik, and a lovely home in Oslo’s most exclusive neighborhood. Still, she yearns for children and struggles with the aftermath of several failed fertility treatments. She is also grieving the death of her best friend, Elisabeth, who overdosed on heroin months before, in spite of Kristina’s continued efforts to save her over several years.

Leah Iverson lives a darker life, though she has found success as a novelist. Her book, Nobody, was a big bestseller, and chronicled Leah’s abusive and violent marriage and subsequent fight for survival and a life worth living. To fight her demons, which include self-harming and depression, Leah seeks therapy with Dr. Moss, and a strong therapeutic bond is formed. Leah makes substantial progress in therapy, but simultaneously develops a deep fascination, and ultimately obsession, with controlled, enigmatic Kristina…

When Leah shows up to their Friday afternoon session bruised and hysterical, begging Kristina to come to her cabin so she can tell her the truth, Kristina comes up against a hard professional boundary- the therapy room is the only space therapists and clients meet. But when Leah fails to turn up to their next session and Kristina discovers that Leah is 13 weeks pregnant, she goes to Leah’s apartment, where she surprisingly encounters her violent ex-husband, Anton. Could it be that Leah has lied to her? Or is she in grave danger?

Heartbroken, hurt and lonely, Leah has retreated to her remote cabin in Telemark’s dense forests where, unable to write her anticipated follow-up to Nobody, Leah begins to write to Kristina, and that’s when the words finally begin to flow…

When the police refuse to go to Telemark to make sure Leah is okay, Kristina goes to find her client, but the cabin is empty and Kristina sustains a terrible injury which leads to her being trapped in the primitive cabin, with nothing but Leah’s written confession for company.

I’m a big believer in therapy. Huge, in fact. Who wouldn’t benefit from developing the insight into one’s own psyche? The more aware we become, the more a world of choice opens up. Goodbye knee-jerk reactions, goodbye repeat and destructive patterns, goodbye ego consciousness, goodbye lack of boundaries. It feels amazing to develop awareness around who we are, and why, as well as the tools to make active choices in our relationships and lives. I came to therapy because I had no choice. Floored by panic attacks and depression, I sensed that this was serious and not something I could solve with my usual methods of talking things through with some girlfriends with wine. Things I’d carried for a long time, had suddenly become too heavy and erupted to the surface with explosive force. The life I’d built, which on the surface might have looked fabulous, felt like it crumbled to pieces.

My therapist, randomly found on a Google search, turned out to be deeply empathetic and able to hold the mirror into which I finally had to look, with the steadiest of hands. We developed a strong therapeutic bond and it took me some time to realize that it was within this bond itself that the true healing began. It wasn’t what I said, it was that I could say anything at all, no matter how dark or scary or difficult, and she could take it, and hold it, that made a difference.

And yet, as a writer of psychological thrillers, one can’t turn off the part of the brain that scours absolutely everything in life for potential inspiration for a thriller. Everything- even therapy. Especially therapy. How wonderfully disturbing, really, to think about how we hand over the most vulnerable and precious parts of ourselves- our minds- to the care of someone about whom we know essentially nothing. So, what if they were unhinged and profoundly disturbed themselves? Or kept dangerous secrets or harbored repressed traumas that may affect their professional abilities? Thus Cabin Fever was born.

I created Dr Kristina Moss as a controlled, successful woman with a tragic past, and Leah Iverson as the catalyst for bringing everything to the surface. I used the analogy of the supernova, the celestial phenomenon of one star stealing energy from another, bringing spectacular destruction to both. Cabin Fever chronicles the devastating aftermath of trauma, and explores core themes such as obsession and betrayal.

“You have told me nothing about yourself, and yet I know- dare I say- everything. Even things you yourself don’t know.

Alone and isolated in a vast Scandinavian forest, a therapist begins to read her client's novel manuscript, only to discover the main character is terrifyingly familiar...  You are her therapist. Kristina is a successful therapist in central Oslo. She spends her days helping clients navigate their lives with a cool professionalism that has got her to the top.She is your client. But when her client Leah, a successful novelist, arrives at her office clearly distressed, begging Kristina to come to her remote cabin in the woods, she feels the balance begin to slip.But out here in the woods. When Leah fails to turn up to her next two sessions, Kristina reluctantly heads out into the wilderness to find her.Nothing is as it seems. Alone and isolated, Kristina finds Leah's unfinished manuscript, and as she reads she realises the main character is terrifyingly familiar...