Kelly Heard on Realism and Romance in a Pandemic 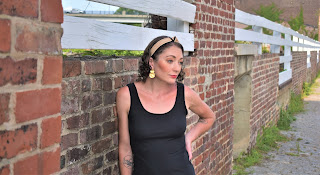 When people talk about the influence of COVID-19 on reading trends, the word that I always hear is comfort. Readers appear to be seeking out escapism, reaching for the dependability of formulaic genres, or rereading old favorites. Although it is too soon to know for sure, I can’t help but wonder if the pandemic will have a comparable effect on the way that we are writing.

I’ve always attempted to keep the reins on my writing with a question: isn’t this too much? As in, too much coincidence, too much melodrama, just too much? At some point during lockdown, my drafts and characters began to answer no. The resulting books are full of foreboding, danger, and melodrama, and the settings are melancholy and wild. They are closer to psychological suspense than the women’s fiction I have usually written. As the long days of quarantine dragged into summer and then fall, I stopped asking quite so often. I have always been the type of reader who prefers to marvel at a story, rather than to outsmart it. But in making writing choices that were, to a degree, less than realistic, I couldn’t help but feel that I was breaking a rule somewhere. There is a word for that, though.

In The Anatomy of Criticism, Northrop Frye argues that the present definition of novel is too broad. His theory of genre lays out, instead, four intertwined forms of book-length fiction, of which the novel is only one. Frye is long out of fashion when it comes to literary criticism, but his basic argument with our overuse of the term novel rings true, possibly even more today than when he wrote it in 1957. To illustrate his concept, I have written a brief summary of each of Frye’s four genres, along with an example from current crime and psychological suspense books.

The first two, and most common, are novel and romance (in this instance, romance as a form of prose fiction is distinct from the genre of romance novels). A novel is set within society, with pacing and plot dependent on causality—you could say, plot-driven. By contrast, a romance is more likely character-driven, set “in vacuo,” often in vast and wild natural landscapes, its stylized characters giving the form a “glow of subjective intensity.” Frye compares Jane Austen (novels) to Emily Bronte (romance) by way of example. In terms of psychological suspense, I would compare something like Minka Kent’s The Watcher Girl (a novel: plot-driven, a layered protagonist situated in contemporary culture: in the suburbs, on the internet) to Eliza Maxwell’s The Unremembered Girl (a romance: a breathtaking drama of a crime mystery, set out in the marsh, where the alligator, Old Brutal, lurks). Though these books achieve different goals, neither is less suspenseful or thrilling than the other. Where a novel deals with society, a romance deals with individuality, its natural landscape yielding to what Frye calls the “nihilistic and untamable.” I can’t help but think, when you see a thriller with a two-star review that says that it was too much about character rather than plot, that was very likely more romance than novel—not that either category has more claim to psychological suspense than the other.

Frye’s third genre, the confession, is most closely linked to memoir. Frye’s prototypical confessions are those of St. Augustine and Rousseau. It would be unusual to find a contemporary book that is purely confession, which is as concerned with intellectual subject matter as with narrative. One is Travis Besecker’s Lost in Infinity, psychological suspense written as fictional memoir, which jumps from apparent tortured autobiography to thriller with ease. And the anatomy, the fourth genre, includes books that are part narrative, part catalogue of ideas, usually satirical. Think: Alice in Wonderland, The Circle, The Master and Margarita. Fight Club, satirizing toxic masculinity and consumer culture, shares some tendencies with this genre. Do these distinctions matter? Probably more to writers than to readers, but Frye would have answered that we ought to judge a writer in terms of the conventions they chose.

In terms of my own writing, the reminder that fiction deserves for us to judge it in terms of its own intent was enlightening. Suddenly, I wasn’t writing a dreamy, insufficiently realistic novel. I had a different goal all along, and I shouldn’t have needed a theorist to tell me so, either. Part of me is dying to ask everyone else out there: how has the pandemic changed your relationship to your writing? My anecdotal evidence, as a writer who spends a lot of time talking to other writers, suggests that many of us are experiencing a different relationship to realism than we used to—no need to wonder why. They always say it with a kind of guilt. But I think that is fine, if it’s validation that you need, not that you should need it. Occasional escape can be a form of sustenance or medicine. Romance as a form has never been a refusal of reality; it exists within reality, as a complement to it. As for me, for the foreseeable future, I will be sitting at the “nihilistic and untamable” table. 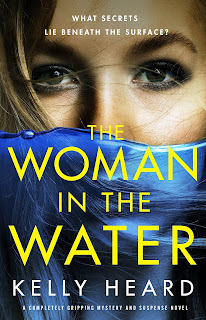 Woman in the Water by Kelly Heard (Bookoutre) Out Now

I know my sister didn’t die by accident. Does someone know our secret? I swore I’d never go home to Brightwater. It would be safer for everyone if I stayed away. But now my sister is dead, and I am driving down the familiar highway, watching the sunlight glimmer off the lake, with the memory of her green eyes like a knife in my heart. I know Holly didn’t slip and drown out by the old boardwalk, surrounded by trees and dark water. She would never have gone there, if she had a choice. Her little girls need me now. I couldn’t save Holly, but I must protect them. Because if whoever killed Holly knows what we did all those years ago, out on the water, then I need to find them before they come after me. But how can I, when there are still so many things I don’t know about what really happened that night?