The Piper's Dance By Maxim Jakubowski 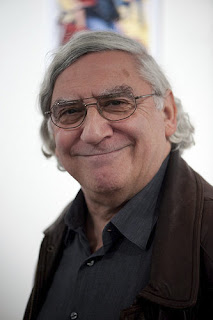 I have a new novel being published and it might appear perplexing for some that the latest book by the erstwhile owner of the Murder One bookshop and current Chair of the Crime Writers' Association happens not to be a crime and mystery novel, even by a long stretch of the imagination.

Am I a traitor to the cause? An imposter? Should I apologise to all of you in the crime world?

Not really. Actually, I was always a spy in the world of crime. I confess: science fiction & fantasy was my first love. It brought my teenage years alive when I was growing up in Paris and hunting down back issues of FICTION, the French edition of THE MAGAZINE OF FANTASY & SCIENCE FICTION, and affordable US paperbacks featuring the works of Philip K. Dick, Philip Jose Farmer, Robert Sheckley and so many others of my then demi-gods of writing along the Quais of the Seine, in the then flourishing bouquiniste boxes, which have since sadly mostly disappeared or, if not, where books have made way for mostly prints and tourist paraphernalia. I'd avidly devoured Jules Verne's extraordinary tales from an early age and the way the imagination can be fired up by tales of planets, time-travel and galactic derring-do was verily the stuff of dreams for me. SF harboured a wonderful sense of wonder. As a voracious reader, and having been handed over my mother's adult library card, I hunted down the shelves of the Bibliothèque Municipale on Place Gambetta for more narratives of adventure and, naturally, also absorbed the Sherlock Holmes tales, Fantomas, Gaston Leroux and Agatha Christie as they were all available free from the public library. But my hard-unearned pocket money all went on books and magazines, and SF ones at that, which drove my father to despair, he who never read a book in his whole life.

I must admit, blushing delicately behind my keyboard and laptop screen that, at the time, crime fiction afforded me my earliest sexual emotions, as the crowding presence of the fairer sex and the recurring femmes fatales in the pages of Mickey Spillane, Jean Bruce, Gil Brewer and other pulpsters did alert me rather vigorously to the possibilities of sex, still something of a dangerous mystery for a bookworm of a teenager who didn't have a girlfriend for many years still to come! If SF had a drawback, it was that it was mostly sexless!

To compound my infamy, I even began my writing and publishing career by issuing an SF fanzine. It was called ESPACE and later evolved into NOCTURNE while alongside I became the Secretary of the British Science Fiction Association and began socialising with other writers in the field, many of which later went on to much acclaim, including Brian Aldiss, JG Ballard and Michael Moorcock. My first book, published in France when I was only sixteen was a collection of (terrible) SF stories!

Sadly I was also fast coming to the conclusion that as much as I loved SF&fantasy, I was not an ideas person and as a result not particularly suited to writing in the genre! Although now, amusingly, I appear to be getting two or three enquiries for details or interviews from French academics researching that period and my contribution to French SF on an annual basis; certainly more than I do about my life in crime!

To cut a long story short, I navigated the shores of speculative fiction until my mid-30s, editing, translating and writing. By then I had returned to the UK and eventually found a slot in the book publishing world which was willing to accommodate all my idiosyncratic tastes. When the opportunity arose to launch a new genre imprint, I recalled how so many American crime writers who were legendary in France had been utterly forgotten in the UK and the USA and, having done my research homework, launched the Black Box Thriller list which reissued writers like Jim Thompson, David Goodis, Cornell Woolrich, Marc Behm, Anthony Boucher, Horace McCoy, Charles Williams, W.R. Burnett, Fredric Brown, Jerome Charyn and many others. Working on the list opened my eyes and I finally fell in love in earnest with the crime and mystery genre with a vengeance. It became inevitable that after later running the Blue Murder and MaxCrimeimprints, I reintegrated the crime field in overdrive as not just an anthology editor but also as a writer. A couple of handfuls of novels ensued, many of a strong hardboiled nature, albeit -blame it on Mickey Spillane- with rather intense sexual elements which led to the next chapter in my writing life: erotic fiction, which after I departed full-time publishing and closed Murder One, offered me a financial life raft, when I was asked to pen (in collaboration with another writer whose name is sworn to secrecy) a series of ten novels to shadow the infamous FIFTY SHADES OF GREY phenomenon. These books sold in 31 countries and sold millions of copies. I am still immensely proud of the books which I believe combine genre fiction with literary tropes in the best possible way.

By the time I'd exhausted every sexual setting, position and mood, I felt I was now free to write whatever I now wished, without concerning myself with commerciality, size of advance or market position, and I think it was natural that I gravitated back to my first love: fantasy and SF, although somehow as my scientific imagination had shrunk rather than grown in the intervening years, more of the former, a genre which allows the imagination unconstrained liberty. EKATERINA AND THE NIGHT (2011) was a love story within a thriller canvas but also featured a mysterious killer with seemingly fantastic powers and maybe even the gift of immortality. Then came THE LOUISIANA REPUBLIC (2018) which took a further detour on the road away from crime fiction; although it features a disillusioned New York private eye seeking for a little sister on a behalf of her shady family, it is set in a world reverting to chaos and anarchy as a result of the Internet being wiped out overnight, and parts of America having seceded from the Union, resulting in a violent road movie of a book taking the main characters to New Orleans where magic still works. Lee Child kindly praised the novel, calling it a dystopia.

Which brings me to THE PIPER'S DANCE in which I fear there is no longer even the sliver of a crime and mystery element. I don't wish to offer spoilers, but suffice to say that it begins with the famed Pied Piper, luring the children of Hamelin, in medieval times, away from their town. My premise is what actually happened to them? Well, it's no secret -it's in the blurbs and back cover copy- that they survive to modern times and two of them, Tristan and Katerina, flee the clutches of the Piper, who has many sinister traits in common with the Devil himself. I wrote it as a dark love story, and would describe the book as a hardboiled fantasy, with a nod to my crime fiction tastes. There is death, there is horror, there are tears, body exchanges and even mermaids! It's the book that I wanted to write and damn categories. I hope some of you will be curious enough to look out for it and enjoy it. And, who knows, what with my pedigree, maybe my next novel will see my returning wholesale to a life of crime?

When two immortal children of Hamelin, Tristan and Katerina, escape from the questionable clutches of their master and gaoler, the Pied Piper, they leave behind the mysterious island that has been their home and their prison for centuries. Forced to use what limited talents they have, Tristan and Katerina obtain new identities, and begin to make a tentative life for themselves in Paris. Within this new world the young lovers find a semblance of happiness until the day the Piper comes calling, ripping apart their entwined destiny.

Devil or pawn, who is the Piper? Can Tristan and Katerina truly escape the destiny forged for them? Or is the journey they take controlled by an even higher power?